This news story was published on November 25, 2015.
Advertise on NIT • Subscribe to NIT

CHARLES CITY – A Charles City man was finally sentenced in a sex abuse case after an incident that took place in 2013.

Last week, a judge dismissed charges of felony B first-degree burglary and felony C third-degree sexual abuse. Holden pled guilty to a charge of assault with intent to commit sexual abuse. He was sentenced to 2 years probation, a suspended 2 year prison term, and he must submit a DNA sample as well as register as a sex offender for 10 years. He must also pay $2,187.90 in court costs. 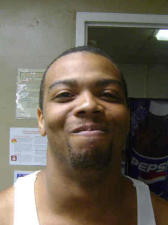