This news story was published on November 4, 2015.
Advertise on NIT • Subscribe to NIT

CHARLES CITY – A Charles City man was caught stealing this week and jailed.

On November 2 at about 1:10 PM, Charles City police were called to a store in the 900 block of Kelly Street for a shoplifter. Officers arrived and arrested 59-year-old Rick Pierce. He was charged with fifth degree theft and pled guilty that day. He was ordered to pay $331.48 in fines and court fees.

Pierce is a convicted felon, on a second degree theft charge back in 2011. 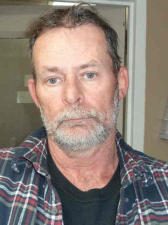