This news story was published on July 17, 2015.
Advertise on NIT • Subscribe to NIT

MASON CITY – Police located a wanted woman at her Mason City home, and a man at the scene sent his dog after officers as the woman locked herself in the house.

Mason City police observed 39-year-old Kari Ann Peters standing outside her home at 2626 15th Street SW on July 14 at 9:51 PM. She had been wanted since early June on arrest warrants connected to drug and criminal mischief cases out of Winnebago county. Another resident of that house was there, 32-year-old Nathaniel Elmer Pope (the house is owned by Rolland Pope.) Pope has been accused of numerous crimes and felonies.

“Peters allegedly ran into the house and locked the door as Pope allegedly sic’ed his dog on the nearest officer. The officer was able to repel the dog while Pope got inside the residence and locked the officers out again. Officers called for assistance and more MCPD officers and CGSO deputies responded. Eventually, officers and a relative were able to negotiate the surrender of the two from inside the house.” 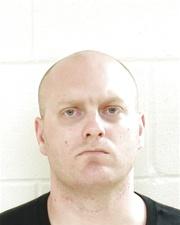 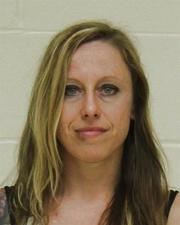