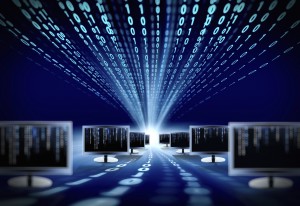 LOS ANGELES— Attorney General Kamala D. Harris this week announced that Kevin Christopher Bollaert, the operator of a cyber-exploitation website which posted nude photos of individuals with personal identifying information without their consent, was sentenced to 18 years in prison. This case is the first criminal prosecution of a cyber-exploitation website operator in the country.

“Today’s sentence makes clear there will be severe consequences for those that profit from the exploitation of victims online,” said Attorney General Harris. “Sitting behind a computer, committing what is essentially a cowardly and criminal act will not shield predators from the law or jail. We will continue to be vigilant and investigate and prosecute those who commit these deplorable acts.”

In February 2015, Kevin Christopher Bollaert, 27, of San Diego, was found guilty on 6 counts of extortion and 21 counts of identity theft.

Bollaert created a second website, changemyreputation.com, in October 2012, which he used when individuals contacted ugotposted.com requesting that content be removed from the site. Bollaert would extort victims by replying with a changemyreputation.com email address and offering to remove the content for a fee ranging from $250 to $350, which could be paid using an online PayPal account referenced in the emails. Bollaert told investigators that he made around $900 per month from advertising on the site and records obtained from his changemyreputation.com PayPal account indicate that he received payments totaling approximately $30,000.

Bollaert’s arrest arose from a six-month investigation by the California Attorney General’s eCrime unit. Attorney General Harris created the eCrime Unit in 2011 to identify and prosecute identity theft crimes, cybercrimes and other crimes involving the use of technology.

In February 2014, Attorney General Harris announced the arrest of Casey E. Meyering, 28, of Tulsa, Oklahoma, who operated the website WinByState.com. He was charged with 5 counts of felony extortion and is currently awaiting trial on June 8, 2015.