This news story was published on March 17, 2015.
Advertise on NIT • Subscribe to NIT

CHARLES CITY – A trial date and not guilty plea have been entered for a Charles City man caught with a rifle on school property.

Joshua Nathaniel Johnson, age 41, has pleaded not guilty to a felony charge of carrying weapons on school property. His jury trial date is set for May 21, 2015, with a pre-trial conference scheduled for May 5.

On Saturday, January 31, 2015, at 7:38 p.m. an officer with the Charles City Police Department encountered Johnson walking in the 500 block of North Grand Avenue and openly carrying an unloaded weapon. At the time of the encounter, he was on school district property.

The weekend activities at the Charles City Middle School had concluded for the day at the time of the incident. No students were in the building at the time. 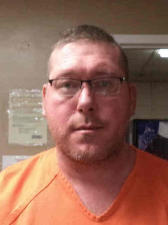