Man arrested after stabbing in Hampton

This news story was published on March 17, 2015.
Advertise on NIT • Subscribe to NIT

HAMPTON – A west coast man was arrested by Hampton police after an alleged stabbing incident over the weekend.

Arrested was 21-year-old Vernando Zayas from Wenatchee, Washington. He is charged with felony willful injury after a stabbing incident at a Hampton bar on March 15.

Zayas is being held int he Hardin County Jail on $7,000 cash-only bond. He awaits a March 25 preliminary hearing. 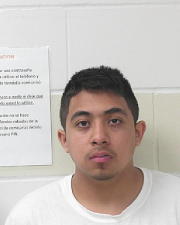 6 Responses to Man arrested after stabbing in Hampton