Stand-off in Mason City between man and cops finally ends 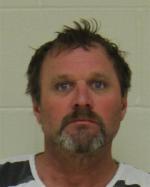 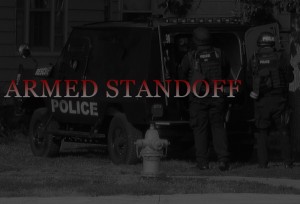 MASON CITY – A domestic situation went sour, and a stand-off between a male subject and law enforcement at a south side house ended after several hours.

Mason City police were called to 221 25th Street SW, where a male subject was said to be armed with at least one shotgun or other weapons, including a baseball bat. Dispatchers were able to tell the officers that an assault had taken place, someone was injured and firearms were involved. The suspect, later identified as Phil Geilenfeld, age 54, was refusing to leave his residence.

Officers responded to the scene, immediately setting up a perimeter to stop all traffic in the area.

A female victim who was on the phone dialing 911 started to come out a side door and then went back inside. Dispatchers tried numerous times to coax her outside but she initially refused before she finally came outside with her hands in the air. She was injured and soon transported to Mercy Hospital. Geilenfeld then called 911 and fire medics were called to the scene as a precaution.

Officers attempted to get the male to vacate the residence, but he refused. Neighbors were alerted to the possible danger in the area and Code Red was used to notify them of the danger and to seek shelter in their basements.

Negotiators and other equipment were being called to the scene at 5:30 PM. The home was surrounded at 5:50 PM. Spotlights were brought in at this time to help police see the residence.

Geilenfeld would not communicate with the officers, and Mason City Police requested the assistance of the North Central Iowa Narcotics Task Force Special Operations Ground to respond to the scene. Iowa State Patrol Hostage Negotiators were also requested to the scene as well. During the incident, the Special Operations Group did deploy two vehicles. One of the vehicles was the recently acquired M.R.A.P.

After several hours of attempted negotiations with Geilenfeld, members of S.O.G. approached the house and breached several windows. Geilenfeld was located in the basement and officers negotiated with him to surrender. Several minutes later he complied with the request. A search warrant was executed on the residence with investigators finding two shotguns and on rifle.

Philip Geilenfeld was charged with Felony Domestic Assault Strangulation, a Class D Felony. He is currently being held at the Cerro Gordo County Jail on a no bond warrant.

The female victim was released from the hospital later Saturday.

At this time the incident remains under investigation.