MASON CITY – Police were called to a Mason City residence for a woman who allegedly entered a house and began throwing things before leaving.

On December 22, at about 10:34 PM, police were called to 518 North Penn Avenue for a complaint that a woman had entered that residence. She was said to thrown things and may have assaulted someone.

Police arrived and were told the woman had left to a relatives nearby home. Soon, the subject, Amber Ann Ward, age 30 of Mason City, was located. Officers determined that she was intoxicated and she was placed under arrest and charged with third offense public intoxication, an aggravated misdemeanor.

Ward is facing the very same charge of third offense public intoxication after an incident on September 8 when she was arrested by Clear Lake police. She awaits a jury trial on January 27 in that case. 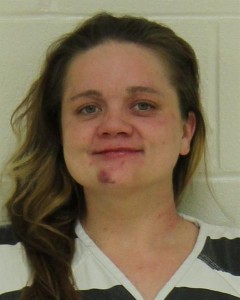 3 Responses to Cops respond to disturbance and arrest drunk woman