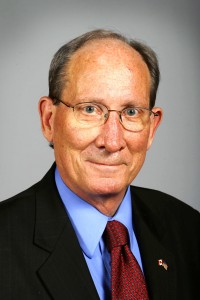 DES MOINES – A North Iowa senator wants some new rules when it comes to abortions performed in this state.

Under a new bill introduced by Republican senator David Johnson of Ocheyedan, a 3-day waiting period for abortions would be required in Iowa. The woman would then be required to undergo counseling. The doctor performing the abortion would also be required to provide the woman with printed materials provided by the department of public health (DPH) which describe the probable anatomical and physiological characteristics of the fetus at two-week gestational increments and includes the prominently displayed statement: “The life of each human being begins at conception.
Abortion will terminate the life of a separate, unique, living human being.”

Under the bill, an abortion is prohibited from being performed or induced unless and until the woman upon whom the abortion is to be performed or induced certifies in writing on a checklist form provided by DPH that she has been presented all the information required, that she has been provided the opportunity to view an active ultrasound image of the fetus and hear the heartbeat of the fetus if it is audible, and that she further certifies that she gives her voluntary and
informed consent, freely and without coercion, to the abortion procedure.

Democrats control the Senate, and the bill would need some of them to support it in order for it to move ahead.

One Response to Iowa senator introduces bill for waiting period, other restrictions on abortion