IOWA CITY – An Iowa City police officer was put in a very tough position late Wednesday when he pulled over an alleged drunk driver who reached for a loaded gun.

According to a report, 31-year-old Edgar Arceo of Iowa City, who is a high school girls soccer coach, was stopped by a police officer after a complaint was called in that he was driving drunk. Arceo refused to follow commands from the officer to exit the vehicle and not reach for a loaded pistol that he told the officer was in his pocket. Arceo then reached for the pistol, the report states, and the officer grabbed his wrist to take Arceo’s hand away from the pistol. Arceo became verbally abusive before he was finally arrested and taken to jail.

Arceo was charged with carrying weapons, interference with official acts and first offense operating while intoxicated. He was jailed before being released later Thursday morning, pending a court date.

“I’m in the process of still trying to gather all the information about this,” Bacon told the Gazette. “If it is a situation where an employee of ours is in this situation, it will be a personnel matter and we will conduct a thorough investigation.” 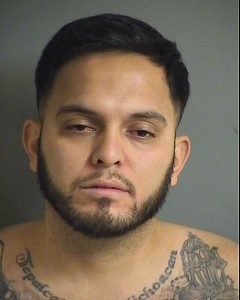