MASON CITY – A Mason City man was taken to jail by police after a domestic incident.

Mason City police were called to 1603 North Carolina Avenue on November 20 for a domestic incident. After an investigation, police determined that Steven J. Sberal, age 58, was the aggressor in an alteration in that residence, and had employed the use of strangulation in his assault. Sterol was arrested and charged with felony domestic assault abuse and domestic abuse assault causing injury.

Sberal was jailed the next day after an arrest warrant was applied for and signed by a judge. He was alter released from jail as he awaits a December 12 court hearing. 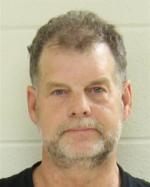