William Yancey, 39, is a suspect in an incident that occurred on October 19, 2014. The Iowa State Patrol was involved in a vehicle pursuit with a stolen vehicle, suspected to be driven by Yancey, which was eventually involved in a hit and run near J Street and 33rd Avenue SW in Cedar Rapids. Yancey ultimately fled the scene, remaining a fugitive. Yancey had outstanding warrants from Linn County, Madison County, Dubuque County, and Benton County. Following the Sunday incident, the U.S. Marshals Service Northern Iowa Fugitive Task Force (NIFTF) was requested to assist in the hunt for Yancey. Members of the task force obtained information Yancey was likely still in the Cedar Rapids area.

At approximately 6:00 p.m. today, NIFTF members acted on information that Yancey was in the vicinity of the 100 block of 17th Street SE in Cedar Rapids. Yancey was found barricaded inside an apartment along with two other individuals. NIFTF members made entry into the home, and located Yancey attempting to hide inside an upstairs bedroom. The Northern Iowa Fugitive Task Force was accompanied by the Cedar Rapids Police Department, the Iowa State Patrol, and State probation’s High Risk Unit of the 6th Judicial District. Yancey was arrested and transported to the Linn County Correctional Center. Yancey will remain at the Linn County Correctional Center, where he faces local charges, and eventually be extradited to the remaining three Iowa counties.

The Northern Iowa Fugitive Task Force is comprised of officers from the US Marshals Service, the Linn County Sheriff’s office, Cedar Rapids Police Department, and the Iowa Department of Criminal Investigation. 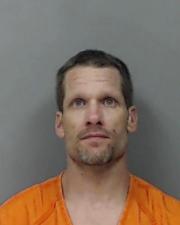