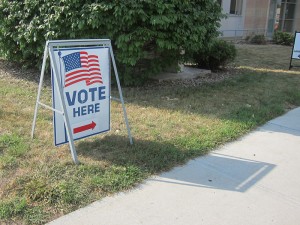 This compares to results of an October 29 survey by the independent Quinnipiac University, showing Sen. Ernst at 49 percent and Rep. Braley at 45 percent.

Men and women still are locked in a reverse gender gap as women back the Democratic man 51 – 42 percent, while men back the Republican woman 52 – 44 percent.

Braley leads 56 – 36 percent among those who already have voted.

One day before Election Day, 95 percent of Iowa likely voters who name a Senate candidate say their mind is made up, while 5 percent say they might change their mind.

“Iowa’s U.S. Senate race is a dead heat. The candidate who best gets his or her folks to the polls is going to win,” said Peter A. Brown, assistant director of the Quinnipiac Poll.

Iowa likely voters remain divided on their feelings about the candidates:

Men, women, Republicans and independent voters all back the long-time governor, while Democrats back Hatch 82 – 12 percent. Hatch leads 52 – 37 percent among those who already have voted.

Only 5 percent of voters who name a candidate say they might change their mind by tomorrow, while 95 percent say their mind is made up,

Branstad gets a 57 – 35 percent favorability rating, compared to Hatch’s 36 – 27 percent score, with 34 percent who still don’t know enough about him to form an opinion.