Op-ed: Attending meetings of board you aim to be a part of is important

From Chris Watts of Mason City – 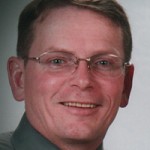 I’d like to bend your ear for a moment and respond to an article written this week by the Globe’s John Skipper. Like most of you, I rarely read anything Skipper writes. He has proved himself to be slanted and somewhat of a bully and I don’t make time for the negativity he spouts. But I had a few emails and phone calls from residents of the area chucking about this article. So I did read this time.

Skipper again proved his slanted and misguided take on things by trying to justify the fact that a candidate for the board of supervisors – Casey Callanan – has never, not once, attended a supervisor board meeting.

Skipper tries to sell us another lemon by saying “it’s customary in Mason City and Clear Lake for prospective candidates to attend meetings prior to elections but not so in the county”. 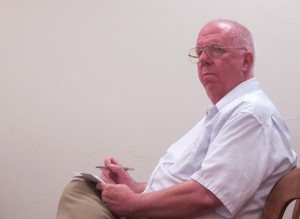 Skipper: A distortion of common sense, as usual

A local citizen running for local office doesn’t need to attend a meeting? A meeting he would be required to attend every week for the next 4 years, should he win? Ludicrous, ignorant, and quite frankly, just plain lazy, mealy-mouthed talk from Skipper, as always.

What’s even more odd is that Casey works only three blocks from the courthouse. Has he ever set foot in the building? Not one Tuesday morning, could he find 20 minutes to walk to the courthouse and watch a meeting? Does he bother to read the meeting agendas? How does he know any county business, any issues important to the people he would serve? Or will he just take a nod from Jay Urdahl and vote how he is told to, so he doesn’t need to be keen on the issues?

Mr. Skipper, why would you cover for Casey? What is your agenda here in trying to fool your few remaining readers?

The truth is, a true public servant who has the people’s best interest in mind would go to as many meetings as possible. He would want to hit the ground running if he is elected. I have real doubts that Casey will show up to the meetings consistently if he is elected. Maybe his job keeps him too busy to serve adequately. This is a real red flag for voters.

As Skipper knows, I have run for a seat on the board of supervisors. I feel he has been less than fair to me in my campaigns, and now he has taken a shot at belittling a hallmark of my campaigns – attending board meetings, in order to have a strong, firm grasp on county business, meet and chat with county staff, and generally walk the walk and not just talk the talk, as Casey is doing.

I’ve done my due diligence in the area. Have a strong business background. Travel the County roads daily for work and believe in “giving back” to the communities we reside in. And I’ve only missed a handful of meetings in 6 to 7 years. And NEVER seen Casey at one.

It is somewhat insulting, I feel, for a man to run for office, have the ability and proximity to the board meetings he would be tasked with attending for four years, and avoid them, not even attempt to make an appearance. And it is even more embarrassing for a newspaper to try to cover this up and even explain it away.

NIT readers, I am confident you are far, far too intelligent to fall for Skipper’s double talk and nasty shenanigans. You deserve better than he can deliver, which is why you read NIT in the first place.

I will be crossing my fingers that if Casey is elected, he is able to make the meetings and find the time to serve his constituents, as a public servant should. So far, he hasn’t shown that.

34 Responses to Op-ed: Attending meetings of board you aim to be a part of is important