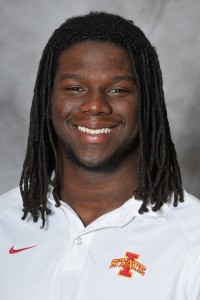 A native of Chicago, Ill., Bibbs registered season highs in catches (6) and receiving yards (69) and set a career high with two TD catches in ISU’s 37-20 loss to No. 21 Oklahoma State.

Bibbs, who is on the Mackey Award Watch List for the nation’s best tight end, has 17 catches and a team-high three TDs on the season. The senior has caught a pass in 17-straight games, breaking the school record for most consecutive games with a catch by a tight end.