WESTGATE, IA – An Iowa man is back in jail after police discovered he had snuck back into his girlfriend’s house, where he had been removed from days earlier and had been ordered to stay away due to his alleged treatment of 5 children, who police say were locked in a room and denied food and a toilet.

On September 19 at about 9:00 AM, Fayette county deputies responded to 220 Olive Street in Westgate, Iowa, for a report of a disturbance involving a man and a women who were yelling. Once deputies arrived, they could hear yelling coming from inside the house and witnessed several small children in a window crying. Deputies then gained entry and found that five small children ranging from 3 to 9 years of age had been locked into a bedroom.

After an investigation, deputies determined that the a male subject, 28-year-old Joshua Raymond Steinbronn, had locked the children in the room for hours denying them food and restroom. Further investigation showed that Joshua Steinbronn had on several different occurrences locked the five children in a room and left them for over 24 hours at a time. The children reported to authorities that they had to urinate in cups and sometimes on the floor due to being locked into the room for such a long period of time. Authorities at this time are not sure on the role the mother played in this incident, however, the Department of Human Services were called in and took custody of all the children.

Steinbronn was arrested and transported to the Fayette County Jail and charged with five counts of serious misdemeanor false imprisonment and five counts of aggravated misdemeanor child endangerment. He was ordered by a court not to come into contact with the children or their home.

However, on September 24, the Fayette County Sheriff’s Office, received information that Steinbronn was back at the residence of 220 Olive Street in Westgate. As a result of his previous arrest on the 19th, a no-contact was still in effect between Steinbronn and the 5 children of Jonya Marie Ruth Smith, age 29. The Sheriff’s Office has done several welfare checks on the children since the arrest, however, reports that Steinbronn was at the residence continued to come in.

During an investigation with the DHS, it was discovered that a hidden door leading under the house was in a closet in the residence. With assistance from DHS, it was discovered that Steinbronn had been hiding in the hidden crawl space and had been in contact with the children, multiple times in the last 48 hours, and Jonya Smith was aware of this. When Fayette County Deputies arrived on scene, Jonya Marie Ruth Smith, 29 of Westgate and all five children were at the residence on Olive Street.

Joshua Steinbronn was taken into custody and charged with multiple counts of violation of a protective order. Jonya Smith was arrested and charged with 5 counts of child endangerment, 2 counts of aiding and abetting of a no-contact order and driving while suspended.

All five children were removed from the home by the DHS staff. 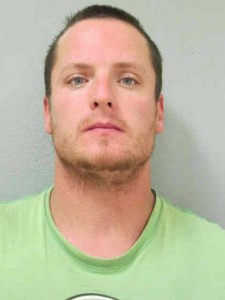 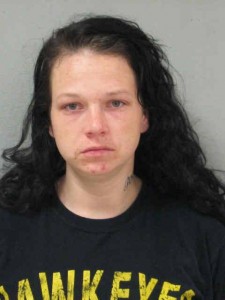 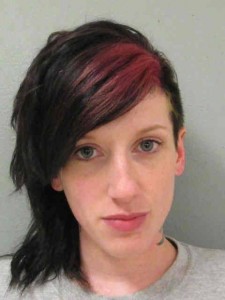 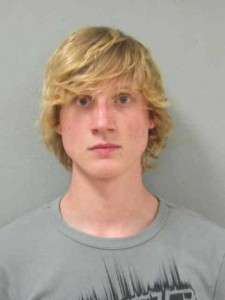