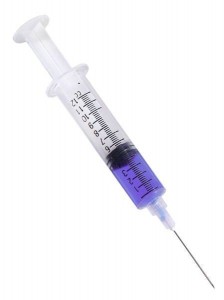 WASHINGTON – Today, President Obama signed an Executive Order directing key Federal departments and agencies to take action to combat the rise of antibiotic-resistant bacteria.  The Administration also released its National Strategy on Combating Antibiotic-Resistant Bacteria. In addition, the President’s Council of Advisors on Science and Technology (PCAST) is releasing a related report on Combating Antibiotic Resistance. The Administration also announced a $20 million prize, co-sponsored by the National Institutes of Health and the Biomedical Advanced Research and Development Authority, to facilitate the development of rapid, point-of-care diagnostic tests for healthcare providers to identify highly resistant bacterial infections.

According to the Centers for Disease Control and Prevention (CDC), antibiotic-resistant infections are associated with 23,000 deaths and 2 million illnesses in the United States each year.  Estimates of annual impact of antibiotic-resistant infections on the U.S. economy vary but have ranged as high as $20 billion in excess direct health care costs, and as much as $35 billion in lost productivity from hospitalizations and sick days.  And the problem is worsening.  Some bacterial infections are almost, or entirely, untreatable because the causal agents have acquired resistance to all of the antibiotics that can be deployed against them.  Without effective antibiotics, we will no longer be able to treat bacterial infections reliably and rapidly. Antibiotics are critically important for many modern medical interventions, including chemotherapy, complex surgery, and organ transplantation.

The Executive Order signed today by President Obama directs Federal departments and agencies to implement theNational Strategy and address the PCAST report.  The National Strategy provides a five-year plan for enhancing domestic and international capacity to: prevent and contain outbreaks of antibiotic-resistant infections; maintain the efficacy of current and new antibiotics; and develop and deploy next-generation diagnostics, antibiotics, vaccines, and other therapeutics.  The PCAST report provides actionable recommendations from the President’s Council, in consultation with experts from the public and private sectors, for combating antibiotic resistance.

Controlling the development and spread of antibiotic resistance is a top national security and public health priority for the Obama Administration.  Taken together, the Executive Order, National Strategy, and PCAST report will significantly help the Federal government curb the rise of antibiotic-resistant bacteria, potentially saving thousands of lives.

Promotes the Development of New and Next-Generation Antibiotics and Diagnostics

The National Strategy provides detailed actions for five interrelated national goals to be achieved by 2020 in collaboration with partners in healthcare, public health, veterinary medicine, agriculture, and food safety, as well as in academic, Federal, and industrial research and development.  The goals are:

Collectively, the actions outlined in the National Strategy will enhance antibiotic stewardship; strengthen national-surveillance capabilities; and expand the arsenal of diagnostics, antibiotics, and other countermeasures available to combat resistant bacteria.

At the request of the President, the PCAST, working with U.S. government and non-government experts, developed a set of practical and actionable steps that the Federal government could take to address the rise of antibiotic resistance through focused efforts in three areas:

The National Institutes of Health and Biomedical Advanced Research and Development Authority will co-sponsor a prize for the development of a rapid, point-of-care diagnostic test for healthcare providers to use to identify highly resistant bacterial infections. In the near future, HHS agencies will host a public meeting that will engage stakeholders to ensure that this competition focuses on the type of diagnostic most needed by the medical and public health communities for recognizing and treating antibiotic-resistant bacterial infections.