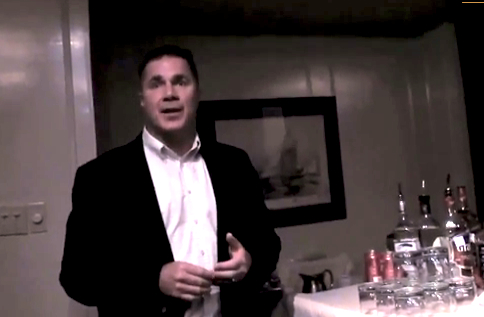 DES MOINES – In a video that has recently surfaced, the Democratic candidate for US Senate, Bruce Braley, now claims he is a farmer, just a few months after he disparaged Iowa Senator Chuck Grassley for being “a farmer from Iowa who never went to law school”.

Braley is said to be a trial lawyer by profession.

His remarks were captured in a video that was shot at a Fourth of July Parade in Iowa Falls. In the video, an Iowa voter tells Braley that she’s a farmer, and Braley twice says “So am I.”

Braley’s opponent, Joni Ersnt, did not miss the opportunity to attack.

“In an incredibly weak attempt to compensate for his politically-damaging attack against Senator Chuck Grassley for being a farmer, liberal trial lawyer Bruce Braley is now claiming that he too is a farmer,” Ernst said in a statement. “Except, the only problem with Braley’s story is…he’s just not a farmer, nor does he own any farmland in Iowa.

“After previously mocking Iowa farmers while raising campaign contributions in Texas, the arrogance of liberal trial lawyer Bruce Braley reached a new low over the weekend with his astonishing claim that he too is a farmer,” said Joni Ernst campaign spokeswoman Gretchen Hamel. “The fact is Braley is just another trial-lawyer turned Washington politician and any efforts to claim he is also an Iowa farmer is a flat out lie.”