NORTHWOOD – A Lake Mills man accused of trying to shoot police who were trying to help him ash was charged with attempted murder has taken a plea deal.

Matthew Davis, age 21 of Lake Mills, stood charged with felony B attempted murder after an incident on January 30, 2014, when police and other emergency responders received a call to his rural Lake Mills home (in Worth County) that he was suicidal and had cut himself. Two officers responded to the residence to help and assist before an ambulance arrived. As the officers approached the house, Davis shot at them. The officers returned fire, then took cover and called for back up. Law enforcement from around the area responded and surrounded the area. There was a stand off for about 4 and a half hours with no more shots fired before Davis surrendered.

Davis pled not guilty on March 27. At a plea hearing on June 23, Davis pled guilty in Worth County District Court to first-degree harassment, an aggravated misdemeanor. Judge James Drew gave Davis a two-year suspended prison sentence and placed him on two years of probation. Davis was also fined $625. 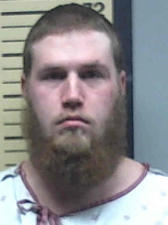