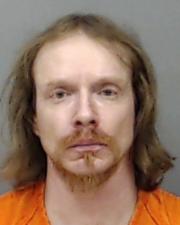 CEDAR RAPIDS – An Iowa man is charged with making meth in a house near a school that resulted in a fire.

Zackery Lee Smock, age 36, from Anamosa, Iowa, has been charged with one count of attempted manufacture of methamphetamine by a drug felon near a school. The charge is contained in an Indictment filed May 7, 2014, in United States District Court in Cedar Rapids.

The Indictment alleges that, on or about March 7, 2014, Smock manufactured and attempted to manufacture methamphetamine within 1,000 feet of St. Patrick’s School in Anamosa. According to information disclosed in court, Smock’s attempted manufacture of methamphetamine resulted in a house fire. At the time of the fire, Smock and four other adults were in the house.

If convicted, Smock faces a possible maximum sentence of 60 years’ imprisonment, a $4,000,000 fine, a $100 special assessment, and at least six years of supervised release following any imprisonment.
Smock appeared May 22, 2014, in federal court in Cedar Rapids and was held without bond. Smock’s next appearance for a detention hearing is set for May 27, 2014.