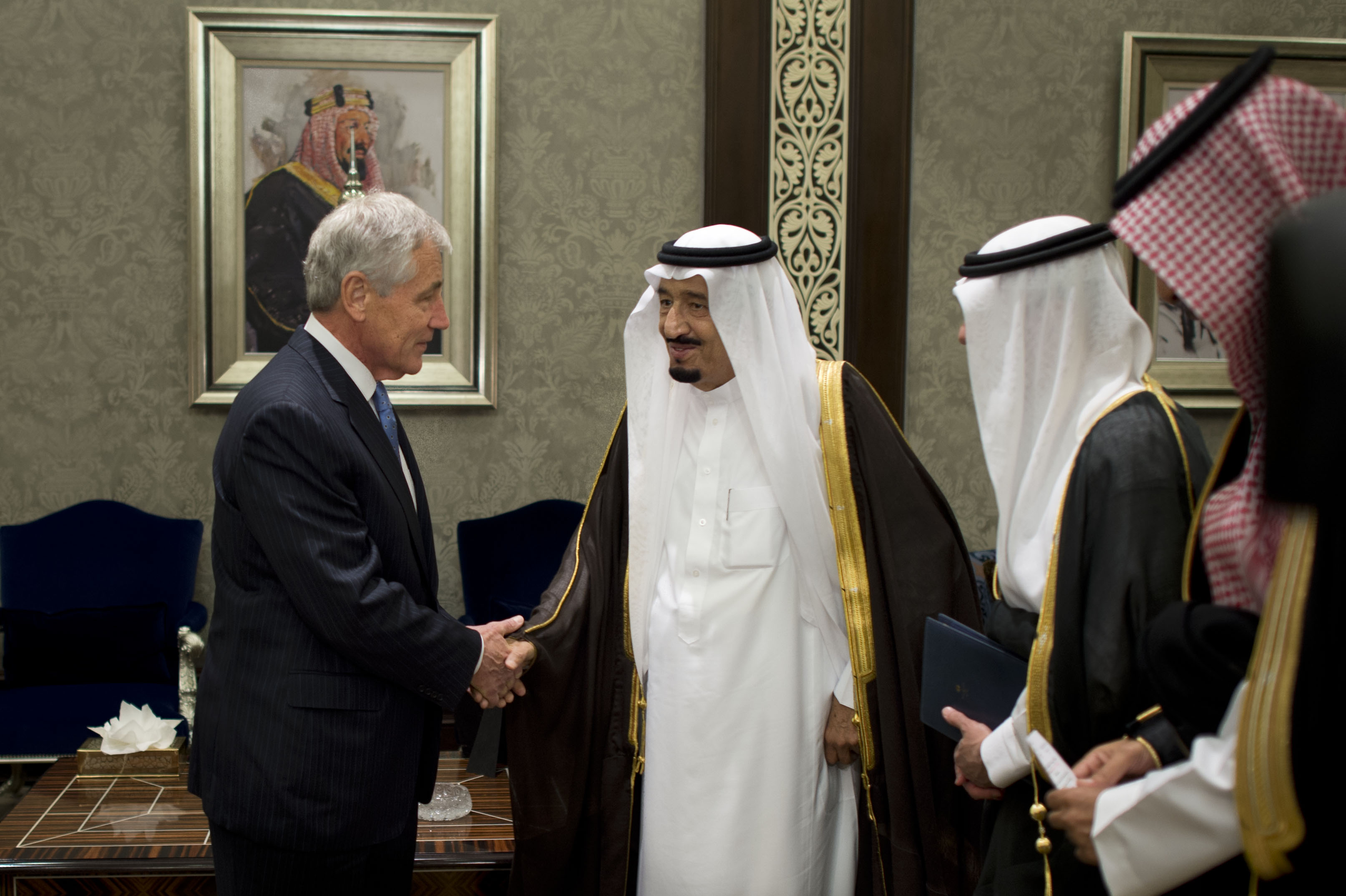 In a statement, Kirby said this is the third meeting Hagel has had with the crown prince and noted that it follows President Barack Obama’s visit in March.

Hagel expressed his appreciation for Saudi Arabia hosting the first U.S.-Gulf Cooperation Council defense ministerial conference since 2008, Kirby said, and noted the significance of such a gathering of these leaders at this time.

“Secretary Hagel congratulated the crown prince on Saudi Arabia’s successful completion of the Sword of Abdullah military exercise,” the press secretary added. “The two leaders reaffirmed the importance of the U.S.-Saudi strategic and defense partnership and shared challenges, including Iran and Syria. They pledged to continue to work together to deepen U.S.-Saudi defense cooperation.”