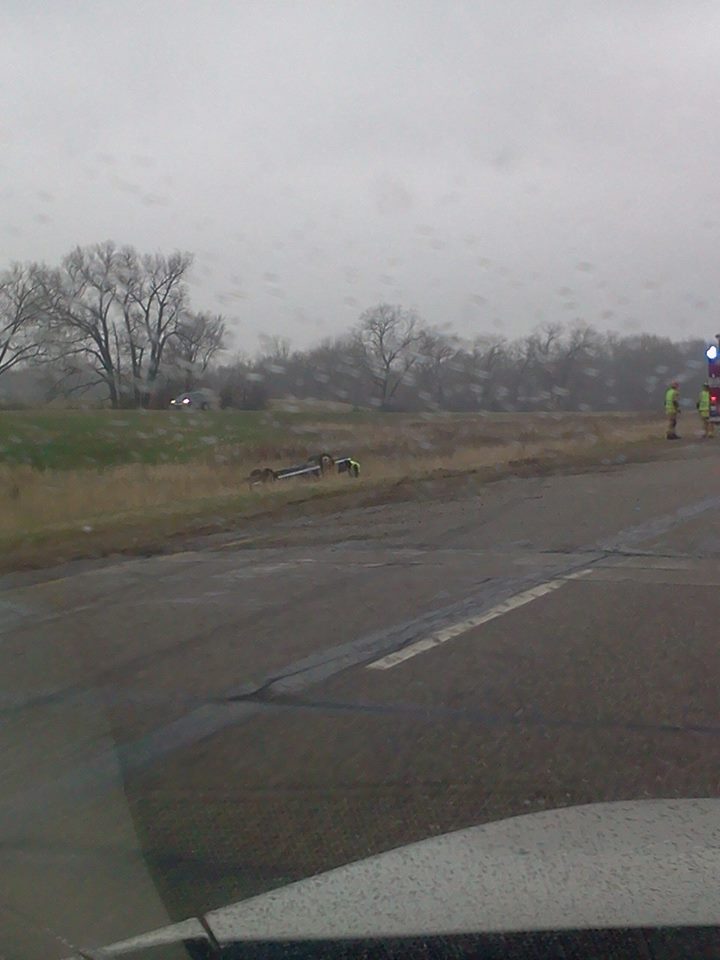 MASON CITY – A wanted Mason City woman was said to be hospitalized Monday after a car she was riding in rolled into a ditch and she ran from the scene.

Cerro Gordo county law enforcement reported that at about 5:22 PM Monday, a car rolled in a ditch at about the 3000 block of North Federal Avenue, which is just east of the cement plants.

Police were called to the scene, and as officers arrived, a woman ran from the car into the nearby wooded area, attempting to elude capture. The woman, police said, was 43-year-old Jennifer Kay Collins of Mason City. Collins was arrested earlier this month on a charge of third degree theft by Mason City police and was out on bond. She also spent about 6 months in an Iowa prison for women last year.  She was wanted on a warrant related to violation of her parole from prison. Court records show that she owes thousands of dollars to Iowa courts in unpaid fines, fees and court costs.

Collins was said to be hospitalized after police caught up with her, and they were awaiting her treatment and release from Mercy Hospital before she would be taken to jail. It was said there were others in the car, but there was no word on their status.