Cerro Gordo deputies responded to a theft report on Sunday, March 30 at about 5:49 AM at Pure Pleasures, 10480 265th Street in Mason City. During the course of the ensuing investigation, it was determined that Patricia Marie Pearce, age 37, had attempted to steal an item of the store worth less than $200. Deputies also discovered that Pearce was wanted on a warrant for drug possession.

Pearce was arrested and taken to the Cerro Gordo County Jail, where she was booked on the warrant and a charge of fifth degree theft. She was ordered to serve two days in jail. Pearce pled guilty to possession of marijuana in 2013 and assessed $831.88 in fine and court fees, but never made a payment on the balance. 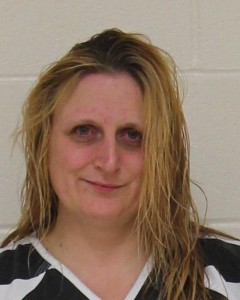