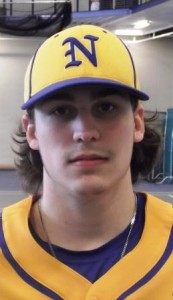 MASON CITY – The NIACC baseball team returned to the rankings on Tuesday at No. 20.
NIACC (13-8 overall, 4-0 in the ICCAC) swept a four-game series with Southwestern last weekend. The Trojans topped Southwestern 4-2 and 7-2 on Saturday and 12-2 in six innings and 3-2 in eight innings on Sunday.

NIACC was ranked No. 8 in the NJCAA Division II preseason poll on Jan. 27 and fell out of the Feb. 25 poll.

In other team news, the home game against Ridgewater College on Thursday has been postponed.

Also, the Trojans’ 4-game series against No. 17 Iowa Central has been moved to Fort Dodge on Saturday and Sunday. Both twinbills are slated to start at noon