MASON CITY – Exactly how many chances does an accused drunk driver get before her car keys are taken away once and for all?

A Mason City woman, 24-year-old Victoria Carrott, may just find out the answer to that question, as she has been caught a second time this month by a law enforcement officer for allegedly driving drunk.

Her latest arrest came on March 20 at about 10:14 PM near Pennsylvania Avenue and Elm Drive, when a Cerro Gordo county deputy stopped her vehicle.  Carrott was charged with second offense operating while intoxicated.  She was also wanted on an arrest warrant for violating the terms of her probation related to a 2012 home invasion she participated in.

Carrott’s was arrested on March 13 by Mason City police after a two-car collision at the 400 block of 9th Street NW.  Carrott was arrested at the scene and charged with second offense operating while intoxicated (OWI).  Her first OWI offense came in 2008, also on a charge from Mason City police. 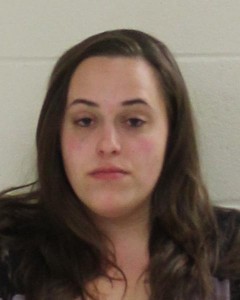