MASON CITY – A wanted man with virtually his own pharmacy in tow was chased by deputies into a North End home before being arrested late Wednesday.

According to the Cerro Gordo County Sheriff’s Office, at about 7:19 PM Wednesday, a deputy located 23-year-old Seth Dean Carolus of Cedar Rapids driving a car near the 800 block of North Pierce Avenue. Carolus was wanted on warrants of violation of parole out of Linn county and third degree theft out of Cerro Gordo county.

According to a report, Carolus was driving a car when the deputy spotted him, but then apparently abandoned the vehicle and fled on foot to a residence at 831 North Pierce Avenue, owned by Scott and Sara Turnbull, near Hoover School.

Carolus was caught and arrested, and in that process, at least five different drugs were found to be in his possession: Methamphetamine, marijuana, psilocybin mushrooms, clonazepam, and unlawful prescription drugs. 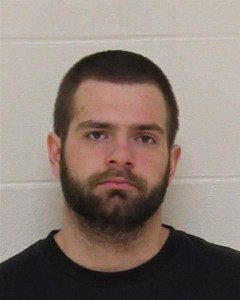