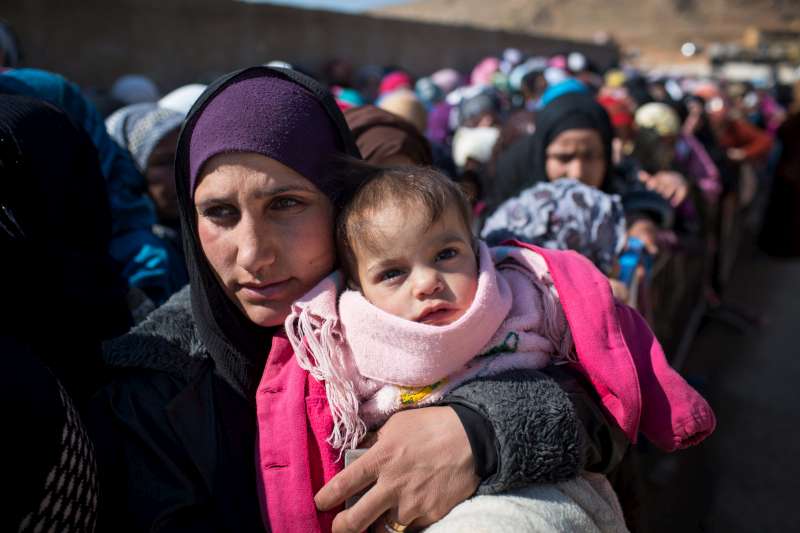 DAMASCUS – With nearly 13 million Syrians uprooted from their homes, senior United Nations officials warn that without a political solution to the conflict, which today enters its fourth year, Syria and its people face years more of destruction and continued brutality.

“Children, women and men are being used as pawns by parties to the conflict in their battle for territorial advantage,” said the Under-Secretary-General for Humanitarian Affairs, Valerie Amos.

An entire generation of children has been traumatized and brutalized. Hospitals and school playgrounds have been attacked, and residential neighbourhoods are flattened by barrel bombs, she noted.

“Our collective voice should be raised in protest at the flagrant violations of international humanitarian and human rights law,” added Ms. Amos, who is also the UN Emergency Coordinator. “The international community needs to show the courage and determination to do all that is necessary to reach a political solution.”

The comments echo Secretary-General Ban Ki-moon, who earlier this week said the international community cannot afford to lose focus or turn away from war-torn Syria, and called for renewed political efforts to end what is now the biggest humanitarian and security crisis in the world.

Syria is also already the world’s leading country of forced displacement with 9.3 million people unable to find a safe home in their country, according to the UN Refugee Agency (UNCHR). In the absence of visible progress towards a political solution, the UN agency predicts that the region could become the largest refugee population in the world.

“It is unconscionable that a humanitarian catastrophe of this scale is unfolding before our eyes with no meaningful progress to stop the bloodshed,” UN High Commissioner for Refugees António Guterres said in a statement.

In Lebanon, for example, there are nearly 230 registered Syrian refugees for every 1,000 Lebanese, making this the highest per capita concentration of refugees of any country in recent history.

“Imagine the crushing social and economic consequences of this crisis on Lebanon and other countries in the region,” Mr. Guterres said.

Jordan is among those countries reeling under the refugee presence, estimating the related costs, which include access to water, bread, gas and electricity for the additional people, to be at more than $1.7 billion so far.

“They need much stronger international support than they have received so far, both financially and in terms of commitments to receive and protect Syrian refugees in other parts of the world, beyond the immediate neighbouring region,” Mr. Guterres said in reference to the governments of the hosting countries.

The High Commissioner also noted that Syrians are becoming a global refugee population as they are arriving in increasing numbers in Europe. Over 84,000 asylum applications have been submitted by Syrians in European countries since 2011, mostly in Germany and Sweden.

Syrian refugees are also seeking safety in North and South America, and in Australia.

Also today, more than 30 leading film makers, writers, artists, musicians and public figures have appealed to the UN, asking General Assembly President John Ashe and Ambassador Sylvie Lucas of Luxembourg, which holds the Security Council presidency for March, to make clear what they are doing to aid humanitarian access in Syria.

The call comes two weeks after the UN was last able to deliver food parcels to the besieged Palestinian refugee camp of Yarmouk, Damascus, where some 20,000 people are still believed to be trapped.