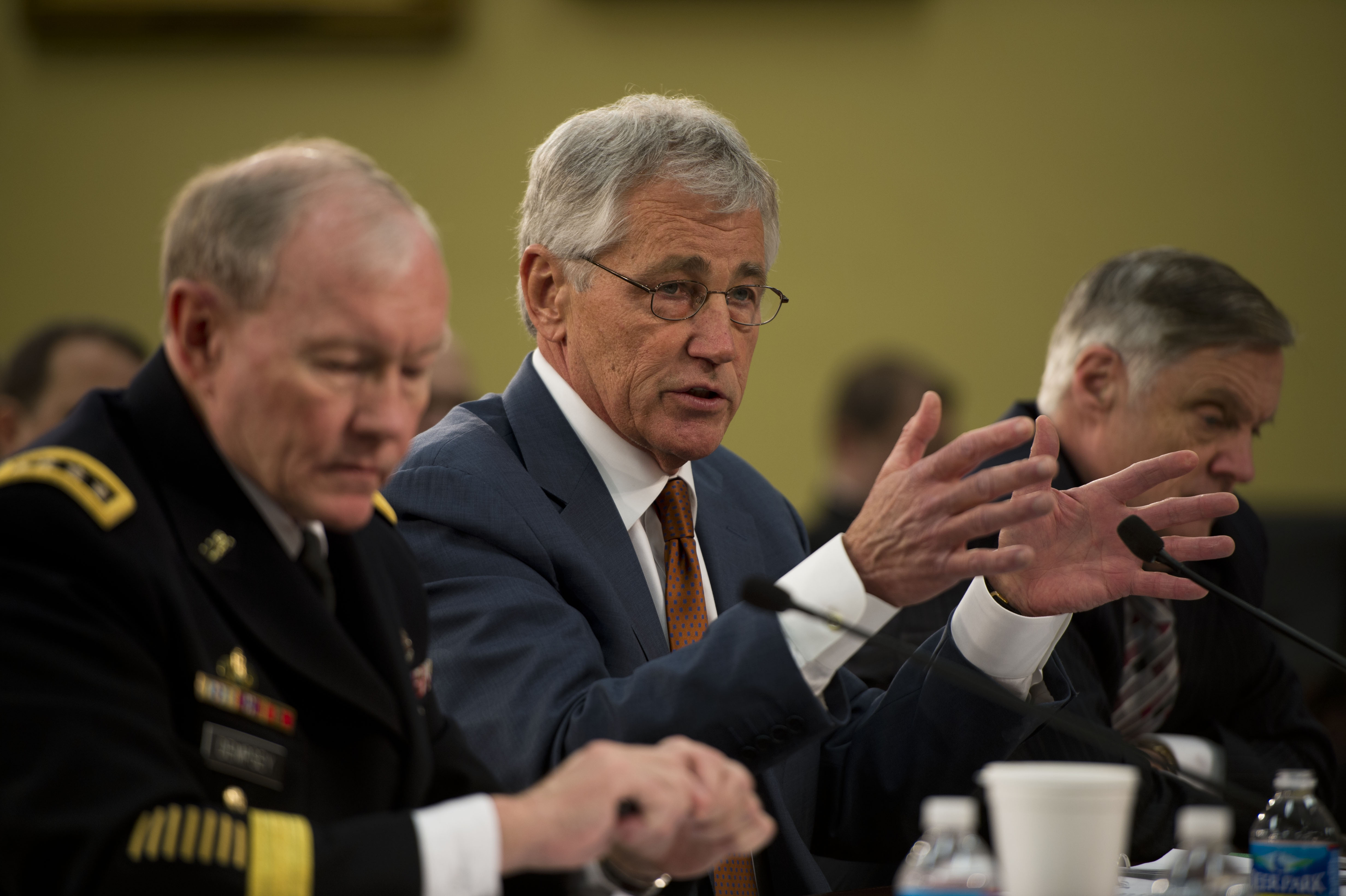 A return to sequester would put at risk “America’s traditional role as a guarantor of global security, and ultimately our own security,” Hagel said.

Events in Europe over the past few weeks underscore the need for American involvement, Hagel said. President Barack Obama’s fiscal 2015 defense budget request reflects that reality, he added, and sustains U.S. commitments and leadership at a very defining time.

From the troop side, Hagel discussed compensation reform. The department is committed to providing service members fair compensation, he emphasized, “as well as the training and the tools and the edge they will always need to succeed in battle and return home safely.”

“To meet those obligations under constrained budgets, we need some modest adjustments to the growth in pay and benefits,” the secretary said. “All these savings will be reinvested in training and equipping our troops. And there are no proposals to change retirement in this budget.”

The Defense Department will continue to recommend pay increases, Hagel said, but they will not be as substantial as in past years. The department will continue subsidizing off-base housing costs, he added, but not at 100 percent, as it is today. DOD will pay about 95 percent, he said, and it will be phased in over the next several years.

The budget request includes a provision to reduce subsidies for military commissaries. “We are not shutting down commissaries,” Hagel explained. “We recommend gradually phasing out some subsidies, but only for domestic commissaries that are not in remote areas.”

Finally, the secretary said, the Defense Department recommends simplifying and modernizing the three TRICARE military health plan systems by merging them into one, with modest increases in copays and deductibles for military retirees and family members that encourage them more fully to use the most affordable means of care. “Active duty personnel will still receive care that is entirely free,” he said.