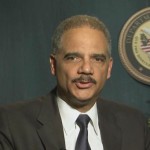 WASHINGTON – Calling the rise in overdose deaths from heroin and other prescription pain-killers an “urgent public health crisis,” Attorney General Eric Holder vowed Monday that the Justice Department would combat the epidemic through a mix of enforcement and treatment efforts. As an added step, the Attorney General is also encouraging law enforcement agencies to train and equip their personnel with the life-saving, overdose-reversal drug known as naloxone.

Speaking in a video message posted on the Justice Department’s website, Holder noted that between 2006 and 2010, heroin overdose deaths increased by 45 percent.

“When confronting the problem of substance abuse, it makes sense to focus attention on the most dangerous types of drugs. And right now, few substances are more lethal than prescription opiates and heroin,” Holder said.

Relatedly, Holder is urging first responders to carry the drug known as naloxone. When administered quickly and effectively, naloxone immediately restores breathing to a victim in the throes of a heroin or opioid overdose. Seventeen states and the District of Columbia have amended their laws to increase access to naloxone, resulting in over 10,000 overdose reversals since 2001. Used in concert with “Good Samaritan” laws, which grant immunity from criminal prosecution to those seeking medical help for someone experiencing an overdose, naxolone can save lives.

The Attorney General also urged the public to view the award-winning documentary, “The Opiate Effect,” to learn more about the realities, and the dangers, of opiate abuse. The video is available for free online HERE.

The complete text of the Attorney General’s video message is below:

“When confronting the problem of substance abuse, it makes sense to focus attention on the most dangerous types of drugs. And right now, few substances are more lethal than prescription opiates and heroin.

“Addiction to heroin and other opiates – including certain prescription pain-killers – is impacting the lives of Americans in every state, in every region, and from every background and walk of life – and all too often, with deadly results. Between 2006 and 2010, heroin overdose deaths increased by 45 percent. Scientific studies, federal, state and local investigations, addiction treatment providers, and victims reveal that the cycle of heroin abuse commonly begins with prescription opiate abuse. The transition to—and increase in—heroin abuse is a sad but not unpredictable symptom of the significant increase in prescription drug abuse we’ve seen over the past decade.

“It’s clear that opiate addiction is an urgent – and growing – public health crisis. And that’s why Justice Department officials, including the DEA, and other key federal, state, and local leaders, are fighting back aggressively.

“Confronting this crisis will require a combination of enforcement and treatment. The Justice Department is committed to both.

“On the enforcement side, we’re doing more than ever to keep illicit drugs off the streets – and to bring violent traffickers to justice. With DEA as our lead agency, we have adopted a strategy to attack all levels of the supply chain to prevent pharmaceutical controlled substances from getting into the hands of non-medical users. DEA proactively investigates the diversion of controlled substances at all levels of the supply chain. This includes practitioners that illegally dispense prescriptions, pharmacists that fill those prescriptions, and distributors that send controlled substances downstream without due diligence efforts. DEA also uses its regulatory authority to review and investigate new pharmacy applications in targeted areas to identify and prevent storefront drug traffickers from obtaining DEA registrations. And they’re also going after “pill mills.”

“Since 2011, DEA has opened more than 4,500 investigations related to heroin. They’re on track to open many more. And as a result of these aggressive enforcement efforts, the amount of heroin seized along America’s southwest border increased by more than 320 percent between 2008 and 2013.

“Of course, enforcement alone won’t solve the problem. That’s why we are enlisting a variety of partners – including doctors, educators, community leaders, and police officials – to increase our support for education, prevention, and treatment. DEA engages in widespread education of pharmacists, doctors, and other health practitioners in the identification and prevention of controlled substance diversion during the healthcare delivery process. In the Northern District of Ohio, for example, the U.S. Attorney convened a summit at the Cleveland Clinic, bringing together health and law enforcement professionals to address that area’s 400-percent rise in heroin-related deaths. And nationwide, the Justice Department is supporting more than 2,600 specialty courts that connect over 120,000 people convicted of drug-related offenses with the services they need to avoid future drug use and rejoin their communities.

“We can, and should, be proud of these results. But more can be done. And frequently, the most effective efforts are those that begin at home. Parents and families can help raise awareness about the devastating consequences of opiate abuse. And Americans like the Gates family of Skowhegan, Maine, are showing the way. Their son, Will, was a bright young student at the University of Vermont who overdosed on heroin and lost his life – five years ago this month.

“During their grief, Will’s parents and his brother have transformed their story of heartbreaking loss into a powerful force for change. Working with the U.S. Attorney’s Office in Vermont, they created an award-winning documentary – called “The Opiate Effect” – to educate people about the realities, and the dangers, of opiate abuse. Fifty thousand people have already watched this video for free online. And I urge you to do the same – because it’s only by working together that we can confront this crisis, strengthen our communities, and save lives.”