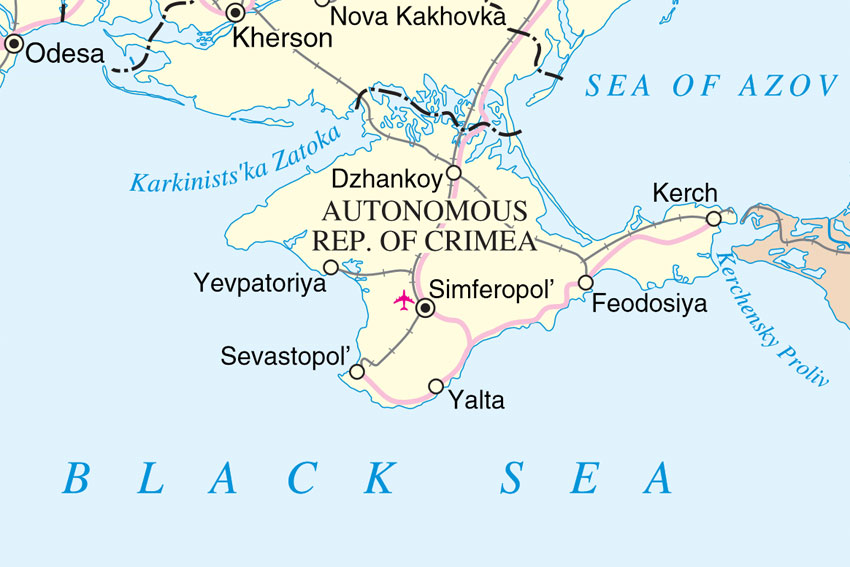 NEW YORK – With tensions and mistrust growing in Ukraine, United Nations Secretary-General Ban Ki-moon today urged the international community to help the key actors calm the situation and work toward a durable and fair political solution, ahead of closed-door Security Council consultations on the crisis.

“I am increasingly alarmed by the developments in Ukraine,” Mr. Ban said in a statement, urging all sides to refrain from hasty actions and provocative rhetoric. “Recent events in Crimea in particular have only served to deepen the crisis,” he added.

“Since the beginning of this crisis, I have appealed to all parties to de-escalate tensions and to engage in direct and constructive dialogue in order to forge a peaceful way forward.”

The Secretary-General called on the international community’s support in those efforts, stressing that a further deterioration of the situation “would have serious repercussions for the people of Ukraine, the region and the global community.”

“I also continue to urge the relevant authorities to ensure that the human rights of all in Ukraine are respected, with particular attention to the rights and protection of minorities,” the UN chief said.

“At this crucial juncture, we cannot afford either miscalculations or inaction,” he cautioned, underscoring that a resolution of the crisis must be found on the basis of UN Charter principles, including the peaceful settlement of disputes and respect for the unity, sovereignty and territorial integrity of Ukraine.

Last week, in a development the Secretary-General referred to as “worrying and serious”, lawmakers in the autonomous Ukrainian region of Crimea voted to join Russia and to hold a referendum on 16 March to validate the decision.

The move came amid rising tensions in the region, where additional Russian troops and armoured vehicles have been deployed, and against the backdrop of the protests and violence that have plagued Ukraine since last November.

Later in the day, following the Security Council’s private meeting on Ukraine, Sylvie Lucas, Permanent Representative of Luxembourg, which holds the 15-nation body’s presidency this month, told reporters that it had heard a briefing on the latest developments by the UN Under-Secretary-General for Political Affairs, Jeffrey Feltman.

During the discussions, which also included the Permanent Representative of Ukraine to the United Nations, Council members, she said, reiterated their “grave concern about the ongoing crisis, emphasized once more the need for urgent de-escalation and reiterated the need for all parties to exercise maximum restraint and to refrain from actions and rhetoric which might further exacerbate the situation or damage the atmosphere needed for genuine dialogue.”

Ms. Lucas said the Council members stressed the need to find a solution to the crises on the basis of the UN Charter, including peaceful settlement of disputes and respect for the territorial integrity, political independence and sovereignty of Ukraine.

“A number of Council members stressed that the decision of the Supreme Council of Crimea to hold on 16 March a referendum on the status of Crimea is contrary to the Constitution of Ukraine and therefore illegal,” she said, adding that those members also welcomed the efforts of the Organization for Security and Cooperation in Europe (OSCE) and other international actors to establish a credible monitoring mechanism, stressing the need for their unhindered access.

The Secretary-General had asked him to travel to the Ukraine urgently to mark the continued high-level engagement of the UN with the country, to assess the human rights situation, and to develop recommendations for further action.

Mr. Šimonovic has held numerous meetings, including with the acting Foreign Minister, the Ombudsperson, the diplomatic community in Kyiv, international organizations and civil society representatives.

He will travel to Kharkiv this evening, and plans to go to Crimea and Lviv after that.

Mr. Šimonovic and his delegation intend to stay in Ukraine until 15 March.