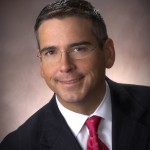 DES MOINES – Iowa Senator Matt McCoy is the lastest Iowa lawmaker to point out the dangers of teen alcohol abuse.

“In 2012, more than 200 Iowans under the age of 18 were convicted of Operating While Intoxicated when they drove after drinking,” he explained. “According to National Highway Traffic Safety Administration, car crashes are the leading cause of death for teens. About a quarter of those accidents involve an underage drinking driver.”

Teens that drink are more likely to:

• Die in a car crash

• Flunk out of school

• Become an alcoholic later in life

“For parents who think teen drinking is inevitable, Mothers Against Drunk Driving has advice and resources that will help you talk to your kids about the dangers of drinking,” Sen. McCoy advised.

One Response to Iowa Senator points out dangers of teen drinking