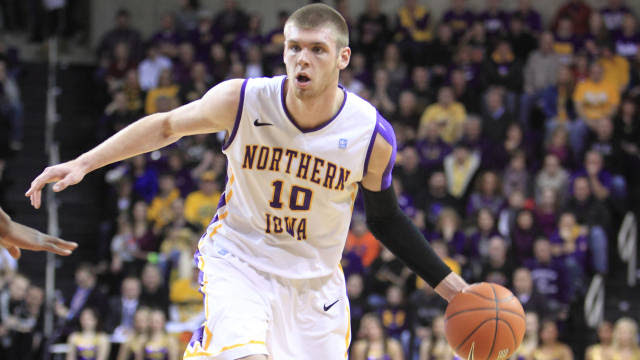 Along with Tuttle’s accolade, the Panthers also had sophomore guard Wes Washpun named to the MVC All-Newcomer Team and freshman guard Jeremy Morgan earned a spot on the MVC All-Freshmen Team.

Tuttle (Sheffield, Iowa/West Fork HS) led the Panthers in scoring (15.4), rebounding (7.7) and blocks (1.0) while shooting 52.4 percent from the field. Tuttle posted nine 20-point scoring games and six double-doubles. Tuttle scored a season-high 24 points vs. Bradley on Jan. 1 and at Southern Illinois on Jan. 14. Tuttle was twice named the MVC Player of the Week.

Tuttle is the 14th Panther to earn first-team All-MVC honors since UNI joined the league in the 1991-92 season.

Washpun (Cedar Rapids, Iowa/C.R. Washington HS/Univ. of Tennessee) led the Panthers in assists (114) and ranked second on the team in steals (28). In MVC play, Washpun shot 52.1 percent from the field and 52.4 percent from 3-point range. Washpun reached double-figures in scoring 10 times with a season-high of 18 points on two occasions.

Washpun is the 10th Panther to earn a spot on the MVC’s All-Newcomer squad since the Panthers joined the league in 1991-92.

Morgan is the seventh UNI Panther to earn a spot on the MVC’s All-Freshmen team since UNI joined the league in 1991-92.