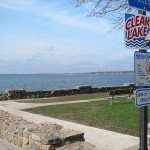 CLEAR LAKE – The following is the latest developments on the possible warehouse development project that may be coming to Clear Lake.

The Clear Lake city council approved the next step in the process of issuing $1.62 million in bonds to provide the company – which has yet to be named – with a forgivable 10-year loan.

“When the company first advised the mayor and I of their intention to come to CL – we assured them that we would be able to deliver on what I had promised them,” Clear Lake city administrator Scott Flory said Tuesday. “The City has now fulfilled that commitment.”

The only thing remaining is for the city council to approve the bond purchase agreement on March 10th at a special meeting.

There is not yet an official confirmation of an affirmative capital investment decision by the company at this point, Mr. Flory said, “but we expect that this week and I anticipate it to be positive.”

The company has to meet all its performance standards in order for the loan to be forgiven. That is 164 jobs at average of $39,000/year not including fringe benefits. “By the way, they have an outstanding fringe benefit package,” Mr. Flory said. “Annual payroll of $6.5 million and tax base of not less than $12 million. We think it will be closer to $15 million, however.”

Austin, MN was once in the running for the project has been eliminated for weeks.

The project has a capital investment cost of $65 million to build and equip. The total anticipated tax base will be $19 million. There will be 164 jobs with an average wage of $39,000, not including an outstanding fringe benefit package. Total payroll will be $6.5 million annually.

The project is proposed to be located in the Luker Memorial Industrial Park on Lots 6 & 7. The site is 39 acres. Currently it is farmed. The project is a regional warehouse & distribution center that will serve 7 midwestern states. The company is a blue-chip “Fortune 100” company. “Clearly one of the premier companies in the United States and internationally,” Mr. Flory said.

Should the project receive the necessary approvals from the City and be approved by the Company, construction would begin in April and be completed in May, 2015. The identity of the parent company will remain confidential through the building construction process.

Cerro Gordo county is also providing a 10-year forgivable loan based on the same job creation, payroll, and tax base conditions and requirements that the City has imposed. Their loan is a 10-year $656,000 forgivable loan.

Only a handful of local officials know the identity of the parent company.

“I have been working on this for 5 months and have met key officials. I will tell you this – it is a good one and a once in a lifetime opportunity for our area,” Mr. Flory said.

“No manufacturing of any type whatsoever. No smokestacks, noise, or emissions. Definitely a neighbor that no one would object to,” Mr. Flory said in describing the impact of the operation.

The building will be initially 340,000 sq ft and expandable to 440,000 sq ft. City officials have had several meetings with the project civil engineers and development plans are well underway.