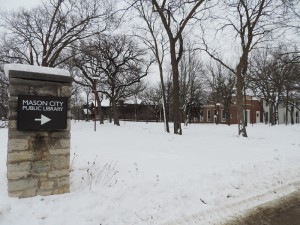 MASON CITY – The MacNider Museum has plans for a possible major expansion and remodel.

Staff at the MacNider Museum last week attended the Mason City Board of Trustees meeting and floated a plan to remodel and expand the museum into the north lawn area of the Mason City Library grounds.  Exact details of the project are not known at this time.

According to Library Director Mary Markwalter: 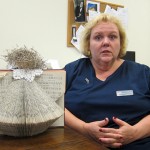 “The Mason City Public Library (MCPL) is excited about the proposed MacNider Museum building expansion and remodel. MCPL looks forward to working with the Museum to achieve a design for the Museum expansion that will best meet the needs of the Library and Museum without detracting from the existing architectural integrity of the Library and Museum. The Library Staff and Board Members possess a great deal of tacit and explicit knowledge about building renovation and are anxious to share this knowledge with the Museum.”

A source very close to the situation told NIT that MacNider staff attended the library board meeting and laid out preliminary plans for a remodel and expansion into the north lawn of the library, in front of the windows where the children’s room is located.

According to the source, “several/many questions” were given to the museum staff that “they hadn’t answered.” 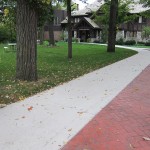 The City of Mason City has a long-standing agreement with the MacNider Museum to provide upkeep of the grounds and structure. The museum has asked the city, for example, to buy a $15,000 sign in recent budgets, but the city budget is extremely tight and the sign has been denied. Late last year, a sidewalk was installed at the museum by Larry Elwood Construction. A change order on the project slapped taxpayers with thousands of dollars in cost over-runs.

The Mason City council and Mayor are set to impose a 10% tax hike on city property owners, as well as significant water rate and sanitation rate hikes.

The MacNider Museum also operates financially through a trust fund set up decades ago. It is said to have in the neighborhood of $600,000 in that fund.

The museum staff offered no explanations to the MCPL on how the remodel and expansion would be paid for.

More on this developing story as information becomes available.