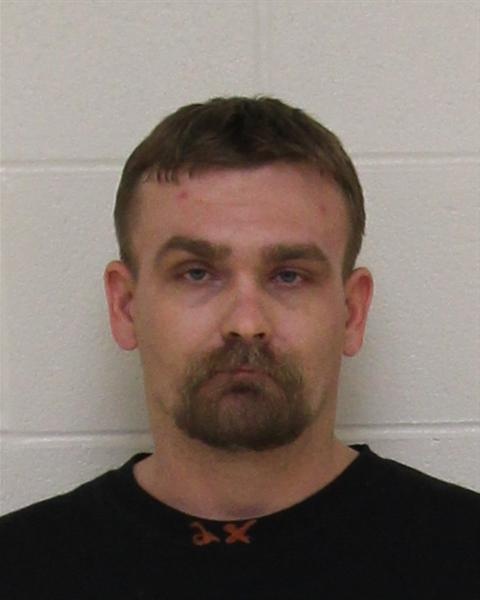 MASON CITY – A Swaledale man who in early January lead police on a dangerous chase which started in Mason City is back in Cerro Gordo county awaiting a trial, and police said a second man has been charged in connection with the incident.

Todd Levern Hambly, age 33, is now a resident at the Cerro Gordo County Jail and is scheduled for a jury trial on March 11th.

Mason City police said the trouble with Hambly began on January 4, 2014 at about 10:06 AM at a residence located at 542 15th Street SE, owned by 56-year-old Robert Lee Kantaris.  An officer tried to stop Hambly, who was wanted on warrants, as he drove away from the house in a Ford F350 pickup truck.

Police said that Hambly “sped off in a reckless manner” from responding MCPD officers and that “due to time of day, Hambly’s reckless manner, and the slippery road conditions, MCPD officers discontinued the pursuit and radioed in the vehicle’s direction of travel to surrounding law enforcement agencies who soon encountered the Hambly vehicle south of Mason City.”

Minutes later, the Iowa State Patrol was in pursuit of Hambly at about 10:20 AM as a Cerro Gordo County sheriff’s deputy joined the chase, near Lark Avenue several miles east of Thornton.

According to Cerro Gordo County Sheriff Kevin Pals, his deputy’s patrol car received serious damage and four Iowa State Patrol cars were “wrecked” as officers tried to stop Hambly. His vehicle eventually ended up off the roadway in a snowbank. No injuries were reported in the pursuit.

Hambly was charged with eluding, assault on a peace officer and possession of methamphetamine and was being held in the Hardin County Jail in Eldora until he was transported to Cerro Gordo county earlier in February to face charges here.

Mason City police also applied for an arrest warrant for Robert Lee Kantaris charging him as an accessory after the Fact. Officers had notified Kantaris prior to the January 4th pursuit that Hambly was wanted and that Kantaris would be charged if he was found to be aiding Hambly in hiding from law enforcement. Officers allege that Kantaris allowed Hambly to stay with him at 542 15th ST SE after being notified that Hambly was wanted before the pursuit began.

Kantaris was arrested on February 5th and posted $5,000 surety bond and was released.  He awaits an arraignment hearing on March 10th.