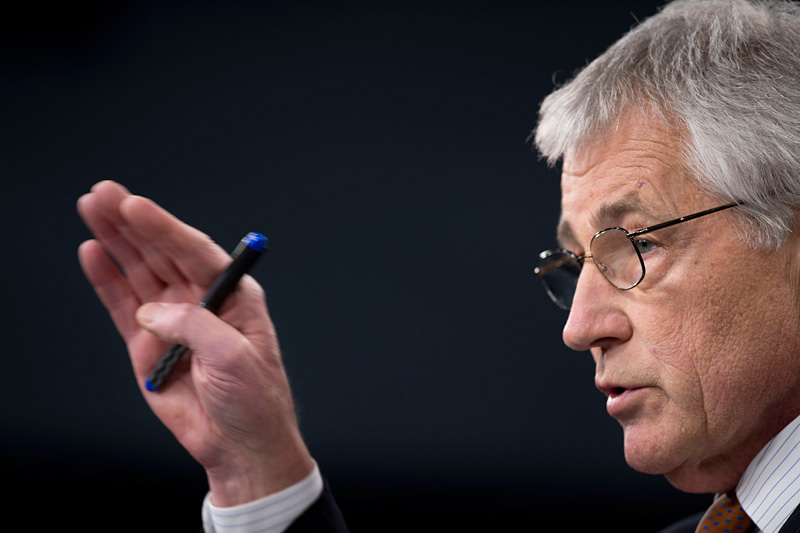 WASHINGTON – The United States continues to plan for a post-2014 training and assistance mission in Afghanistan, Defense Secretary Chuck Hagel said Friday, despite the fact that Afghan President Hamid Karzai continues to delay the signing of an agreement that would allow for the new mission.

Hagel and senior commanders met with President Barack Obama at the White House on Feb. 4 and discussed the retrograde of forces and equipment from Afghanistan, as well as all the other dimensions of the effort in the country, Hagel said at a Pentagon news conference.

“It was an honest exchange between his commanders and himself about the future,” the secretary added.

The U.S. position has not changed, he said. U.S. officials continue to encourage Karzai to sign the bilateral security agreement that he negotiated with the United States last year. A national council that Karzai convened overwhelmingly approved the agreement in November, and the vast majority of Afghans are said to favor its adoption. Yet, Karzai has so far refused to sign the pact, saying he will not do so until after April’s presidential elections.

“We continue to hope and believe that it will be signed,” Hagel said. “We will continue to plan and work with our NATO and [International Security Assistance Force] commanders for a post-2014 mission.”

That mission is to train, assist and advise Afghan forces and to conduct counterterrorism operations as needed.

Afghan forces are in the lead throughout the country, Hagel said, but they still have some shortcomings – notably in logistics and intelligence and reconnaissance. Building institutions at the top of the military is absolutely crucial to this effort, he added.

“Remember, 12 years ago, there weren’t any institutions at all in Afghanistan,” he said, noting that the U.S. military helps partners around the world with institution-building. “And [the goal is] a continuation of investing and helping them invest in their own future, in their own institutions, to give them the capability.”