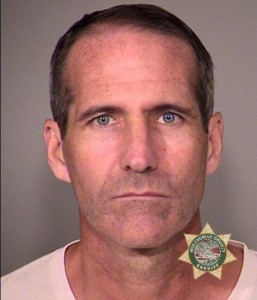 PORTLAND, Ore. — A former Maryland resident who moved to Ecuador where he sexually abused young boys and produced child pornography was sentenced Tuesday to 30 years in federal prison.

According to court records, HSI learned of McVicker’s activities when an American child pornographer living in Mexico sent an undercover HSI special agent, posing as a child pornography collector, hundreds of illicit images produced by McVicker. The investigation led to McVicker’s indictment in Oregon and arrest in Belize after he travelled there to work on a commercial art project. Acting on information provided by HSI, authorities in Ecuador served a local search warrant at McVicker’s residence and seized his computer equipment. Forensic examinations of the equipment revealed a vast collection of more than 360,000 images and in excess of 1,300 videos depicting the graphic sexual abuse of young children.

McVicker served 15 years in a Maryland prison for a number of child molestation offenses committed in the 1980s. Following his release, and after completing a term of post-prison supervision, McVicker moved to a small coastal village in Ecuador where he taught English and worked as an artist and soccer coach. While in Ecuador, he sexually abused at least eight young boys between the ages of 5 and 12, took photographs and made videos of the abuse. McVicker distributed the images to child pornography collectors in Canada, India, Thailand and Mexico. Prosecutors say he used the images he created as currency to obtain images of child sexual abuse from others.

“Kenneth McVicker repeatedly abused young children to satisfy his sexual desires, and continued doing so even after moving to another country,” said Brad Bench, special agent in charge of HSI Seattle, who oversees Oregon investigations. “Sexual predators who believe they can evade U.S. law by traveling overseas to exploit, violate and abuse children are mistaken. HSI, in close collaboration with its international partners, will use all of the resources at its disposal to track down these offenders and bring them to justice.”

In a statement, U.S. Attorney Amanda Marshal praised the “extraordinary efforts of the HSI agents, both here and abroad,” in identifying and locating McVicker. Because of those efforts, Marshall said, “Kenneth McVicker will never again be able to sexually abuse a child.”

The American living in Mexico who sent the images that launched the investigation into McVicker has been convicted in Oregon of transportation of child pornography. He is currently serving a 15-year federal prison sentence.

This case was prosecuted by the U.S. Attorney’s Office for the District of Oregon.