According to Charles City police, on Thursday, January 9th at about 10:54 PM, officers responded to a report of an intoxicated person in the 900 block of Kelly Street, near Theisen’s and Hy-Vee. It was reported that a male subject knocked over items in a store and was then walking down the middle of the street. Police located a man, 59-year-old Randal Schilling and placed him under arrest. He was charged with public intoxication.

Randal was released on his own recognizance. He has ben charged 3 times in Floyd county with operating while intoxicated. 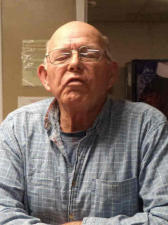 One Response to Charles City man arrested for public intoxication