Democratic party with solid edge over Republican party, but both unfavorable 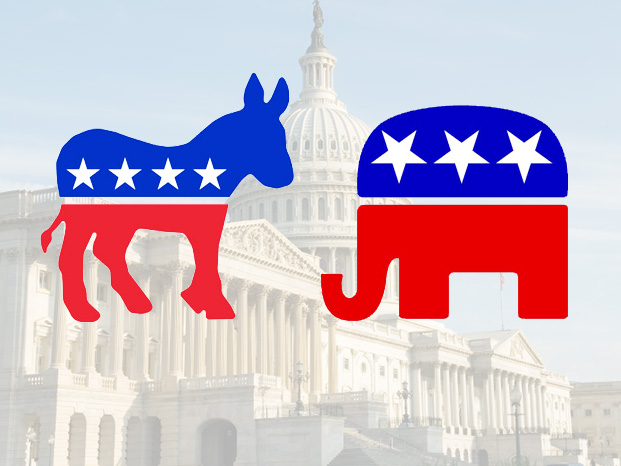 WASHINGTON – Americans dislike both the Republican and the Democratic parties, no surprise there.

However, a new poll shows that the Democratic party holds a solid 10% favorability advantage over the Republican party.

Gallup reported Wednesday that the Republican party’s favorability rating is at 32%, while the Democrats’ rating is at 42%.

Both parties have had monumental failures in recent months and years. The health care overhaul and the associated website, healthcare.gov, has been anything but a success for Democrats and President Obama. Meanwhile, the shutdown of the federal government, blamed by most on Republicans, was a another black eye for them.

These results come from a Gallup poll conducted Dec. 5-8. Other polls have found Democrats losing a once-substantial advantage in the generic congressional ballot for the 2014 midterm elections; nevertheless, Gallup finds that, overall, Americans still view the Democratic Party more favorably than the Republican Party.

A big advantage for the Democrats is the fact that moderates are more likely to have a favorable image of the Democratic Party (47%) than of the Republican Party (27%), which may prove problematic for the GOP next year in the congressional elections.

At the same time, in a CBS-Wall Street Journal poll, about half of the survey respondents said they’re either disappointed or dissatisfied with President Obama’s presidency and 54 percent said they believe he’s facing a long-term setback.