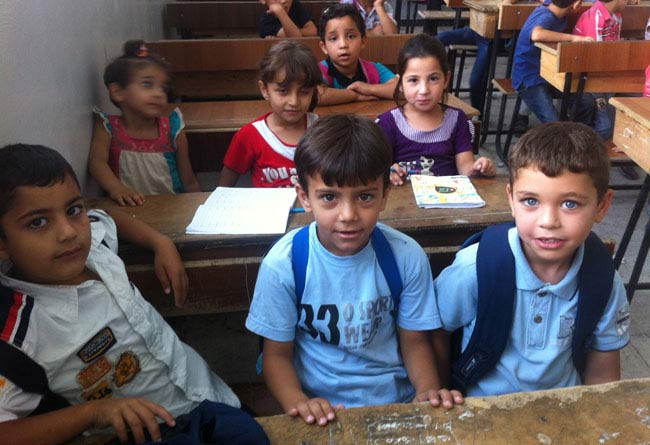 NEW YORK – As the plight of civilians trapped by the Syria conflict grows more desperate, the United Nations Children’s Fund (UNICEF) is calling for greater efforts to ensure humanitarian access that will safeguard the lives of thousands of children.

The agency warned that children continue to be cut off from urgently-needed assistance, including vaccinations, safe drinking water, shelter, education and psychological support.

“As fighting continues, some areas have been under siege for months on end, leaving families struggling to survive,” said UNICEF Executive Director Anthony Lake. “Syria’s children have suffered too much, for too long, and will continue to bear the consequences of this crisis for many years to come.

“We must be able to reach these children, urgently and without restrictions – and the various parties to the conflict can make that happen by immediately allowing humanitarian workers to reach them with life-saving assistance,” he said.

Over two years into the conflict, which has claimed more than 100,000 lives and forcibly displaced almost one-third of the country’s population, “the needs remain immense,” said Mr. Lake.

“To get to those we have still not reached, humanitarian workers have to be able to move freely and safely in all parts of the country and essential services must be protected.”

One practical example of how unimpeded access could save lives, he noted, is the forthcoming Child Health Day vaccination campaign that aims to protect children inside Syria from vaccine-preventable diseases, with a special focus on the 700,000 children that have not been reached through the most recent immunization campaigns.

UNICEF added that vital services such as health and education also require special protection, stressing that schools and health facilities should not be targeted in fighting, but rather recognized as ‘zones of peace’ where women and children can seek assistance and support.

The agency and its partners have faced severe difficulties for most of this year in reaching hundreds of thousands of children in Aleppo, Rural Damascus, major parts of Homs, Deir ez Zour and Rural Dara’a. Medical supplies, including vaccines, have been held up at checkpoints, and vital work on repairing water pipelines has been delayed.

Unimpeded humanitarian access, stressed UNICEF, requires clear commitments on behalf of the Syrian Government and opposition groups for, among other things, humanitarian pauses in the conflict to permit aid workers safe access and freedom of movement to deliver services and supplies to those in need.

Despite the challenges, UNICEF and its partners have been able to provide 10 million people inside the strife-torn nation with access to safe drinking water this year. They have also immunized 2 million children against measles over the last two years, and are currently delivering school supplies to enable 1 million Syrian children to resume learning in the country.