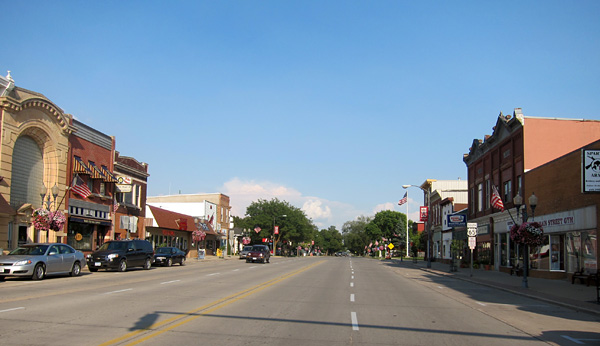 The Iowa Division of Criminal Investigation has identified the deceased in the Northwood incident as that of 39 year-old Michael Lee Zubrod of Charles City, Iowa. An autopsy was conducted on Zubrod today at the Iowa State Medical Examiner’s Office and a full autopsy report and toxicology reports are pending. The 48 year-old victim of yesterday’s incident remains in serious condition. The investigation into this matter is ongoing.

NORTHWOOD – Reports have come to the NIT newsroom about another stabbing incident in the small North Iowa town of Northwood.  The incident took place early Monday morning.

According to a source, a woman was attacked by a man at the 200 block of 4th Street NE in Northwood at about midnight.  The source indicated that the woman had multiple stab wounds to the face, forehead, neck, jaw and chest and may also have been hit with a hammer.

A male subject was also injured and may have been tasered by police.

According to the Worth County Sheriff’s Office, no information could be given, but it was confirmed that there was an incident and the the Iowa Department of Criminal Investigation is handling the scene and that more information will soon be released.

FROM THE IOWA DCI:

Northwood, IOWA – On September 22, 2013, at about 11:30 pm, a Deputy with the Worth County Sheriff’s Department was notified of a possible domestic assault in progress at 208 4th Street North in Northwood, Iowa.  The Deputy responded to the residence where he heard a female yelling and screaming for help.  The Deputy entered the residence and discovered a male subject severely beating a female victim.  Additional Deputies arrived on scene and attempted to subdue the male subject and eventually were able to handcuff him.  While the suspect was handcuffed, he became unresponsive.  Efforts to revive him at the scene were unsuccessful and he was pronounced dead.

The female victim was life-flighted to Rochester, MN where she is being treated for stab wounds and blunt force injuries.  Initial indication is that the male and female were involved in a personal relationship.

The Iowa Division of Criminal Investigation has responded to the scene and is assisting with the death investigation.   An autopsy of the male subject will take place at the Iowa State Medical Examiner’s Office in Ankeny, Iowa.  Names of the deceased male and female victim are not being released at this time, pending family notification.

Additional information will be forthcoming.