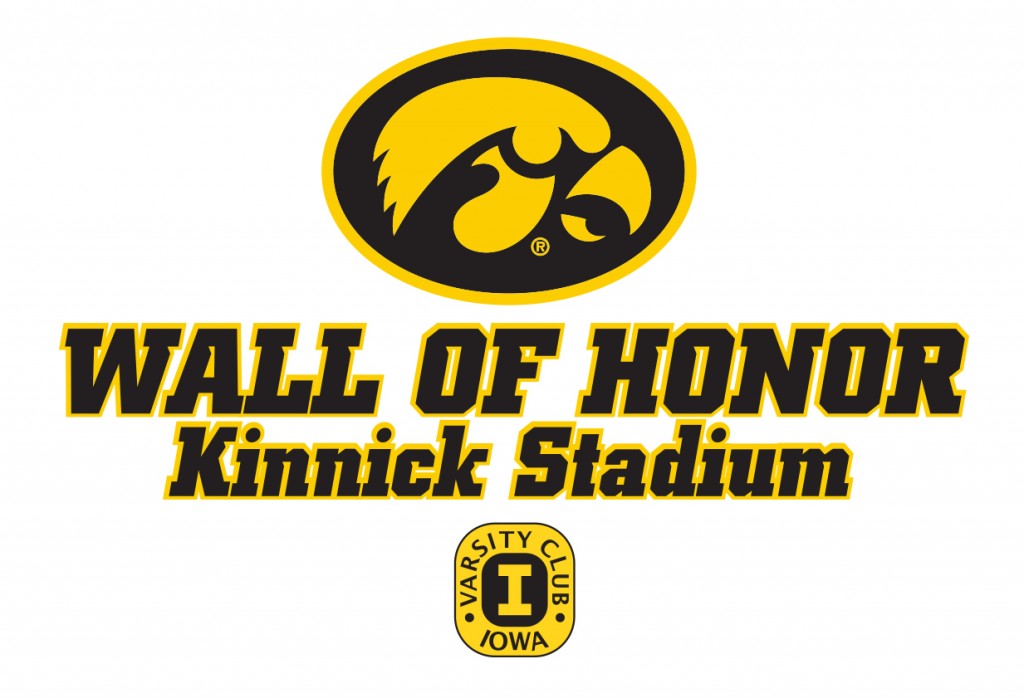 IOWA CITY, Iowa – The University of Iowa Department of Athletics announced today that nine former UI football student-athletes will be commemorated with the introduction of the “Kinnick Stadium Wall of Honor.”

Each of the nine Hawkeyes will have their name and jersey number displayed on the lowest ribbon adjacent the letters of the Paul W. Brechler Press Box. The numbers will coincide with the jersey number each player wore their senior season. The inaugural members of the Kinnick Stadium Wall of Honor include Aubrey Devine (1), Randy Duncan (25), Calvin Jones (62), Alex Karras (77), Nile Kinnick (24), Gordon Locke (1), Chuck Long (16), Duke Slater (15), and Larry Station (36).

To be considered for inclusion on the Kinnick Stadium Wall of Honor, former UI football players must be a member of the UI Varsity Club Hall of Fame, and meet one of the following three criteria:
1. Member of both the National Football Foundation College Football Hall of Fame and the Helms Athletic Foundation Hall of Fame*
2. Member of one of the two above mentioned nationally recognized Halls of Fame, and a consensus All-American
3. Two-time Consensus All-American

*The Helms Athletic Foundation is no longer active, rendering it invalid for future consideration.

The three living members of the Kinnick Stadium Wall of Honor – Duncan, Long, and Station – will be recognized during pregame activities prior to Iowa’s season opener against Northern Illinois Aug. 31 (2:30 p.m., BTN).

#1 – Aubrey Devine (1919-21)
Devine won the Big Ten Conference Medal for Excellence in athletics and academics, and was quarterback and captain of Iowa’s 1921 Big Ten championship team. He led the Hawkeyes in rushing, passing, and scoring in 1919 and 1920. He drop-kicked a field goal to beat Notre Dame, 10-7, in 1921, as Iowa earned a share of its first mythical national championship. He was a three-time first team All-Big Ten honoree and is a member of Iowa’s all-time football team. #25 – Randy Duncan (1956-58)
Duncan won Big Ten and Iowa MVP honors when he led the Hawkeyes to a Rose Bowl title in 1959. He finished second in the 1958 Heisman Trophy balloting. Duncan was a two-time all-conference pick, earned Walter Camp and Player of the Year honors from three organizations, and was the No. 1 pick in the 1958 NFL draft. Iowa shared the mythical national title in both 1956 and 1958, while also earning the Grantland Rice Award in 1958, symbolic of the national football championship. #62 – Calvin Jones (1953-55)
Jones was named to 22 All-America teams in his career and in 1955 was named winner of the Outland Trophy, awarded to the nation’s top interior lineman. He was Iowa’s first two-time consensus All-American, and his No. 62 jersey is one of only two numbers retired by the Hawkeyes. Jones was a three-time first team All-Big Ten performer and is a member of Iowa’s all-time team. 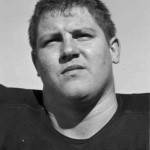 #77 – Alex Karras (1956-57)
Karras was a Rose Bowl champion and a consensus All-American in 1957. He was the first two-time AP All-American in Iowa history and a winner of the Outland Trophy, awarded to the nation’s top interior lineman. Karras was Heisman Trophy runner-up in 1957, and a member of the inaugural class of the Iowa Lettermen’s Club Hall of Fame. He is on Iowa’s all-time football team and a former NFL All-Pro performer with the Detroit Lions.

#24 – Nile Kinnick (1937-39)
Kinnick won the only Heisman Trophy in school history when he swept the Heisman, Maxwell and Walter Camp awards in 1939. He was the Big Ten MVP for Iowa’s legendary 1939 Ironmen team. He was a Phi Beta Kappa scholar and senior class president, his No. 24 jersey is one of two retired numbers at Iowa, and in 1972 the Hawkeyes’ stadium was named in his honor. #1 – Gordon Locke (1920-22)
Locke primarily played fullback during his Hawkeye career, but in 1922 he was a Walter Camp first team All-America quarterback, and he’s listed as a defensive back on Iowa’s all-time football team. He scored 72 points as a senior to set a then-Big Ten record, and he was awarded the Big Ten Medal of Honor (1923). #16 – Chuck Long (1982-85)
Long quarterbacked the Hawkeyes to the 1986 Rose Bowl, the same year he became the first player in NCAA history to pass for more than 10,000 career yards. He finished runner-up in the closest Heisman Trophy contest in the award’s history in 1985, and previously held the NCAA record for consecutive completions with 22 at Indiana (1984). Long was named a first team All-Big Ten performer three times, including 1985 when he was named conference MVP. He threw a bowl-record six touchdown passes against Texas in the 1984 Freedom Bowl, and was a first round NFL draft choice of the Detroit Lions. 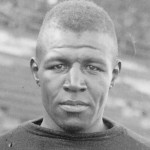 #15 – Duke Slater (1918-21)
Fred “Duke” Slater was a seven-time letterman at the University of Iowa, competing in football and track from 1918-21. He was an All-Big Ten tackle for the Hawkeyes from 1919-21, and an All-America track and field athlete from 1920-21. He is a member of Iowa’s all-time team. In 1928, Slater earned his law degree from the University of Iowa, and in 1951 he became the first black player inducted into the inaugural College Football Hall of Fame. He is also a member of the Helms Athletic Foundation Football Hall of Fame.

#36 – Larry Station (1982-85)
Station was named a consensus All-American in 1984 and 1985, becoming just the second Hawkeye in program history to earn multiple honors. He is the only player in school history to lead the team in tackles four times, and in 1985 finished his career with the all-time tackles record (492). Station started the final 42 games of his career, earned All-America mention in each of his four seasons, and is a linebacker on Iowa’s all-time football team. He was a finalist for the Lombardi and Butkus awards in 1985, and was a three-time first team All-Big Ten honoree. He is Iowa’s most recent induction into the College Football Hall of Fame.