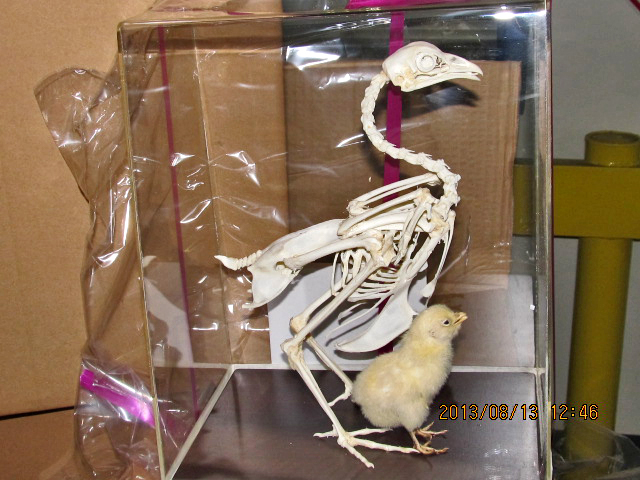 Baltimore – It is said that some people have skeletons in their closet, but generally it’s not ok to import skeletons into the United States. Especially if those skeletons were of chickens from China and they lacked proper import permits.

According to the U.S. Department of Agriculture, China is considered to have present Highly Pathogenic Avian Influenza (HPAI). Consequently, the uncertified skeletons may pose a potential threat to the United States poultry industry.

Baltimore U.S. Customs and Border Protection (CBP) agriculture specialists issued an Emergency Action Notification to the Manassas, Va., importer requiring that the seven cases of chicken skeletons will need to be re-exported or destroyed.

“The chicken skeletons appear to be intended for display or educational purposes; however, federal law requires an import and health certificate for most animal products imported into the United States due to the potential threat of foreign animal diseases that could threaten U.S. agriculture and our economy,” said Susan Thomas, acting CBP port director for the Port of Baltimore. “Customs and Border Protection agriculture specialists take very serious their mission of frontline defenders of our nation’s agricultural industries.”

Some of the skeletons were packaged inside display cases and were shipped with other research and educational products, such as microscopes, test tubes and thermometers, as well as skeletons of other animals, such as fish, turtles, rats, snakes and bats.

Representatives from the Consumer Product Safety Commission, working with CBP officers at a centralized examination station in Baltimore, initially inspected the shipment to examine the safety and quality of the lab equipment. They referred the shipment for agriculture inspection once they encountered the animal products.

The U.S. Department of Agriculture permits animal product importations once certain import conditions for the specific product have been met