U.S. air travel back to normal with controllers back on job 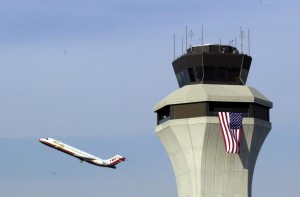 WASHINGTON, May 11 (UPI) — With air traffic controllers back on their normal schedules, most delays at U.S. airports are now caused by the weather, observers say.

FlightAware.com, a website for travelers, reported Friday that high winds were responsible for delays of up to an hour at Chicago’s O’Hare International Airport, The Hill said. O’Hare was the only airport with delays of more than 40 minutes that day, and shorter delays elsewhere were also weather-related.

That is in marked contrast to the period between April 21 and April 27, when the Federal Aviation Administration reported 7,194 delays because of controllers taking furlough days because of the sequester and only 6,303 blamed on weather conditions. Congress voted in late April to end controller furloughs.

The FAA also announced Friday that 149 towers that had been threatened with closing will continue to be staffed, at least until the current fiscal year ends.