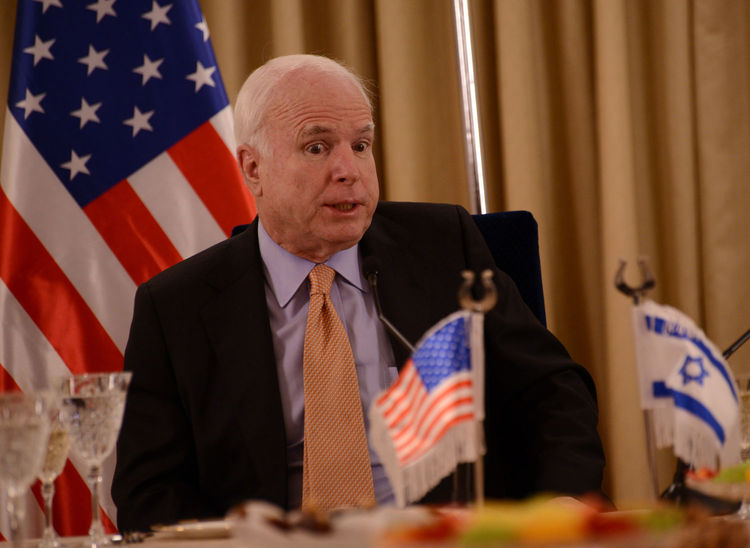 WASHINGTON, April 7 (UPI) — Sen. John McCain said the United States finds itself at risk of ending up entangled in a war on the Korean peninsula “by accident.”

McCain, R-Ariz., said the “brinksmanship” on the part of North Korea’s young leader, Kim Jung Un, is dangerously destabilizing the region. Kim has made a series of bold declarations including throwing out a decades-old cease-fire on with South Korea ending hostilities during the Korean war, authorizing his military to strike the United States or the South with nuclear missiles and has now moved a missile system in to position to launch a strike.

“I don’t know what kind of game this young man is playing — it is obviously brinksmanship,” McCain, ranking member on the Senate Armed Services committee, said. “More than once, wars have started by accident. This is a very serious situation.”

Sen. Chuck Schumer, D-N.Y., also appeared on the program and said it was time the North’s closest ally, China, began to apply diplomatic pressure to calm the situation.

“The Chinese hold a lot of the cards here,” Schumer said. “They’re by nature cautious, but they’re carrying it to an extreme. It’s about time they stepped up to the plate and put a little pressure on this North Korean regime.”