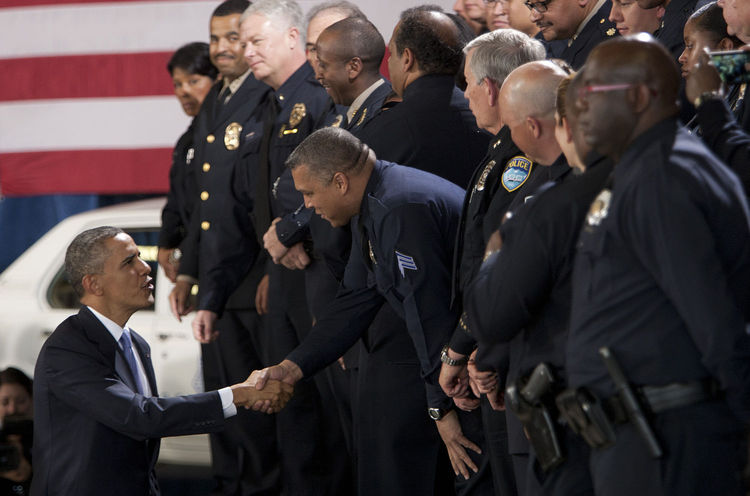 DENVER, April 3 (UPI) — President Barack Obama said Wednesday more lives are lost every day America waits “to do something” on gun violence, and called on lawmakers to enact reforms.

In remarks prepared for delivery at the Denver Police Academy, the president said Colorado was “a model for what’s possible” in responding legislatively to gun violence. The state last month enacted three gun-control bills — despite warnings at least one will provoke firearms manufacturers to leave the state.

Obama told his audience Wednesday, largely made up of police officers, “You’re often the first to see the terrible consequences of gun violence — lives lost; families broken; communities irrevocably changed. You know what works and what doesn’t, and we wanted that experience and that advice.”

Obama noted it’s been just over 100 days since the Dec. 14 massacre of 20 children and six adults at Sandy Hook Elementary School in Newtown, Conn., “shocked this country into doing something to protect our kids.”

“But consider this: over those 100 days or so, more than 100 times as many Americans have fallen victim to gun violence,” he said. “More than 2,000 of our fellow citizens, struck down, often just because they were in the wrong place at the wrong time. And every day we wait to do something about it, even more are stolen from our lives by a bullet from a gun.”

The president told his audience Colorado is “also a state that treasures its Second Amendment rights — a state of proud hunters and sportsmen, with a strong tradition of gun ownership that’s handed down from generation to generation with reverence and respect.”