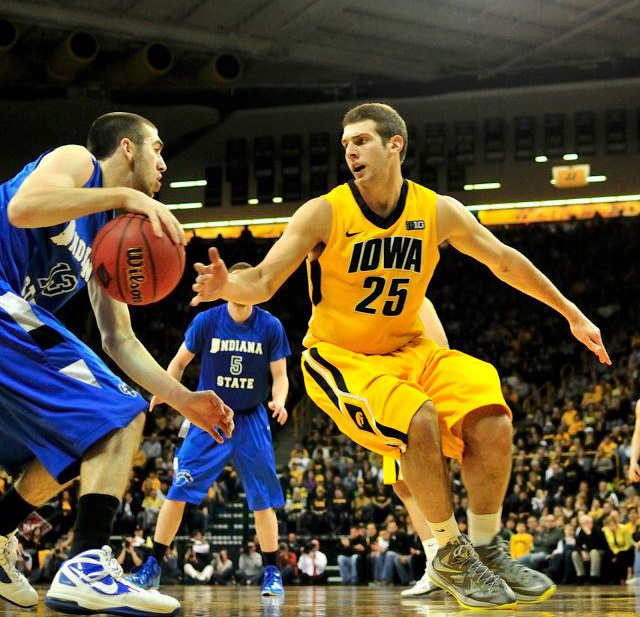 IOWA CITY – The Iowa Hawkeyes played in front of a sold-out crowd at Carver-Hawkeye Arena crwod Wednesday night as they beat Indiana State 68-52.

Iowa advances to the second round, where they will host seventh-seeded Stony Brook on Friday night at Carver Hawkeye Arena. Tip-off is slated for 8:30 p.m. (CT), and the matchup will be televised by ESPNU.

Aaron White posted his fourth double-double of the season and eighth of his career. He had a career high 13 rebounds to go along with 11 points.

Iowa won its 18th straight home game against an unranked opponent, dating back to last season. Iowa improves to 17-2 at home this season.

Iowa has advanced to the second round of the NIT in back-to-back seasons.