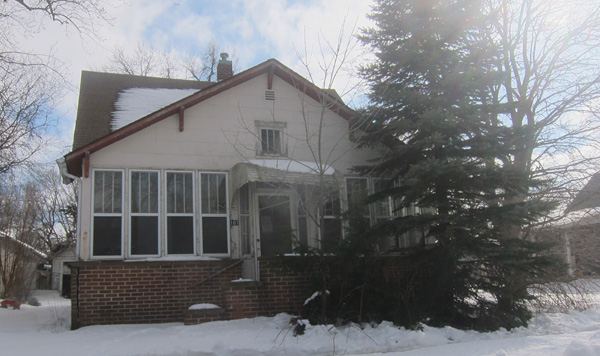 MASON CITY – A house that was deemed unsafe last year and was supposed to be demolished by the end of October 2012 is again set for demolition.

City staff is pursuing the demolition of the structures located at 107 7th Street SW, asking the city council to pass a resolution that would authorize city staff to pursue bids for the demolition of all the buildings there.  The council will vote on city staff’s request on Tuesday night.

City memos indicate that neighbors have been complaining about the condition of the property for some time, and the dwelling has been unoccupied for three to four years. No city council member nor Mayor Eric Bookmeyer have ever discussed the demolition of the property at a public meeting.  The house has been overgrown with weeds and debris for years.  “Neighborhood beautification” was a priority of the city council in 2012.

The property is involved in a tax sale according to the county treasurer; there is $341.00 of unpaid taxes on the property.