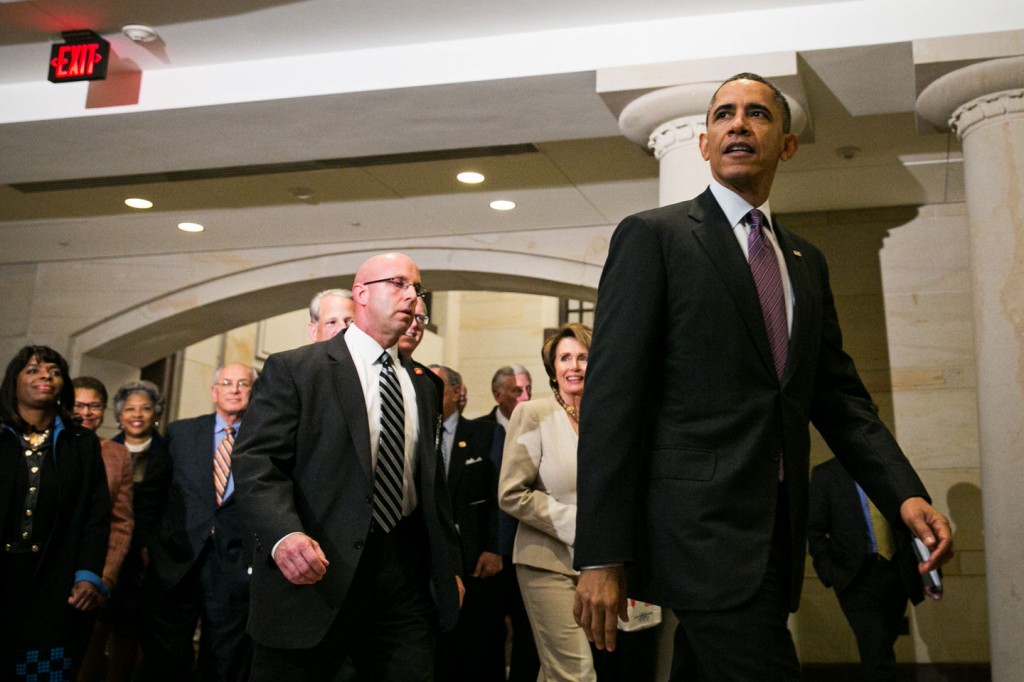 Obama met with Senate Republicans and House Democrats, stressing the urgency of finding a budget compromise before summer, the Los Angeles Times reported.

“All of us get the sense that he realizes that he’s got to reach out,” said Sen. Jeff Flake, R-Ariz. “He mentioned at the beginning he’s got no more elections. He’s done running. And so his concern is governing. And growing the economy. And in order to do those things, let’s face it, he’s going to need our help and we’re going to need his.”

The president faced resistance from both sides of the aisle, with House Democrats applauding when Rep. Keith Ellison of Minnesota, co-chairman of the Congressional Progressive Caucus, criticized Obama’s proposal to cut the cost-of-living adjustment for veterans and seniors in an attempt to shrink Social Security and other benefits.

“He got the message,” the Times quoted Rep. Jackie Speier of California as saying.

“It almost appears like he’s enjoying the schmoozing, I think that’s good for all of us,” Speier added. “He’s setting the table right now. We haven’t put the entree on the table yet.”

Sen. Roy Blunt of Missouri, the Republican Conference vice chairman, said Obama and Senate Republicans have a “general sense” that “between now and the summer is a critical moment, and if we miss it, we miss the big opportunity maybe in the foreseeable future to get anything done,” Roll Call reported.