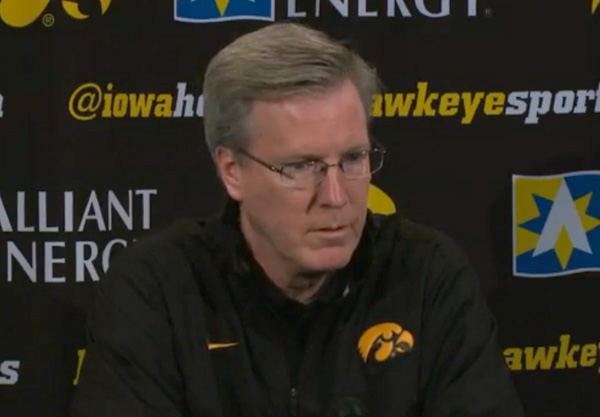 IOWA CITY – The Iowa Hawkeyes are preparing for the Big Ten tournament and will face Northwestern in a late game Thursday.

Iowa will likely be with the services of injured point guard Mike Gesell, who had a gimpy ankle which kept him out of the last four ball games.

Coach Fran McCaffery said Gesell was able to practice this week, saying “He looked good.  Yeah, he looked good.  Probably did about 30 percent of the practice.”

McCaffery, Geselll and other Hawkeyes spoke about their preparation for the Big Ten tournament in the following press conference held Tuesday: